How Many Salisbury Firefighters Does It Take To Install A Reflector... 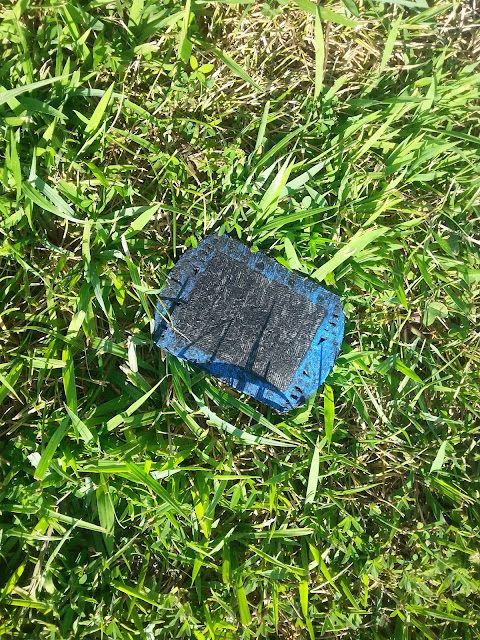 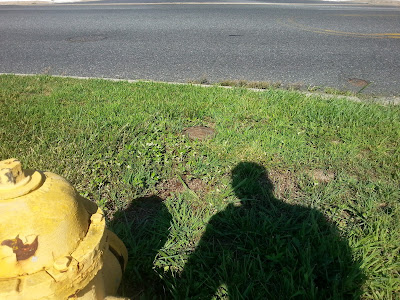 Hmmmm, let's see. Did it snow overnight where they had to plow the roads? I mean, it hasn't even been a full week and reflectors are being found throughout the City. Bunch of Idiots!
at 7/16/2017 06:00:00 AM

They all attended SU , what do you expect? Stupid is as stupid does!
Just think , they put out fires , I think.
They were taught by DR. Judith Stribling the lady who tried to fight mother nature at roaring point park. Nanticoke friends !

They put them out while riding to get dinner and exc

A new item to the budget. Constant routine maintenance and replacement. All get replaced after each pass of the snow plows. Who owns stock in these blue things?

These things are a mess! They are popping out of the road all over the place, not to mention the confusion created be the ones that stay put due to where they're placed and how they reflect on dark roads at night. How much are we spending on them?

If only you had something better to do with your lives..

9:10 sounds like a classic case of "I barely made it out of local high schools so I bash college education"

Drive down Beaglin Park and they put them in the travel lanes. The first thing a driver will do is move to avoid something in the road yet they are 3 feet away from the center line so you have to change your line of travel. I understand the concept but dispatcher has a lot and can tell them where their nearest hydrant is. Waste of money in my opinion.

Joe these reflector are the cheap type. They were invented for temporary use. If the Salisbury and other area fire department wanted them to last they would use the embedded units the State Highway Administration uses for lane marking.

Maybe you dumb-asses will finally learn, the govt is just wastefully spending your money so every year they can claim there is no money in the fund to pay for anything and oops, we need a tax hike or fee hike... And you all stupid people take it every time hook line and sinker... One day you will run out of money for the govt to take, and then what? whilst you are broke and need help, then what??? When you get taxed and feed to death, and can't pay a water bill and they come and kick you out and take your house, the what!!!!

Don't the fire trucks have GPS devices, and can't the location of every hydrant be entered as a permanent waypoint on every GPS unit?

I've seen towns to the north (where it snows) attach a stick type pole (with a reflector at the top) on the top portion of the fire hydrant. No plows, cars, truck can touch it obviously and its about 3-4 feet tall.

Just sayin since the reflectors on the road (which need repaving eventually) isn't working...

9:38 sounds like you must be an SU graduate also. But the fact is there are a lot of ignorant people coming out of all colleges SU included. All you have to do is watch the street interviews on television. These millennials don't know anything about anything. A lot of them did not even know who was running for President during the elections. Also, most of them can't spell and are clueless when it comes to simple math.

Not saying that those reflectors are a good idea, but some of these commenters need to think before they post their comments. They are just plain ignorant.

Please show me more instances of these reflectors coming up. Because this would be the first I've heard of it. Especially considering the test runs from last year are still down. With only a couple having come up from plowing.

Speaking of wasting money, is it true that the fire department is going to hire a mechanic just to work on city fire trucks and ambulances? Trying to be like OC I guess?

952 is correct - they put them in the friggin' lane! Why not put them in the yellow line or on the edge of the road?
What complete idiots. I swerve to avoid them. I suppose many people just run over them and that is why they are being displaced.
Crazy workers.

All of them will be gone after the first snowfall. Who ever came up with this genius idea should have talked to someone with ANY brains at all to find out that you do not put them in the travel portion of the road you know where the snow plow scraps the asphalt.

Ditto..... This is a excellent idea but whomever is installing need some common sense.

That's another project funded by station 16 volunteers with county money!!

The reflectors work, are inexpensive and none that have been put down have come up accidentally. There are reports of kids in certain neighborhoods delibersteky prying them up because they are blue. They think it had something's my to do with the police.
There is information about theses reflectors on the SFD website and Facebook page or you can contact the department for more information.

No, just an honest typo. But thank you for pointing that out.

I commented on previous post that they were not being installed correctly. As for placement, they are placed in the travel lane as per regulation. It is a shame that so many people are unable to accept anything that is new or foreign to them because they have been off the eastern shore.

Now, if you (defending this process) are part of SHA - shame on you for being short-sighted and possibly NOT investigating before doing what your told! It is YOUR tax dollars TOO!

Seems to me that if firemen can't seem to locate where the fire hydrants are, they should have painted all of them a glow in the dark color of paint, problem solved.

Records says these markers won't come up on a 95 degree day . He is a idiot cause there every where on the side of road cause they have came up.