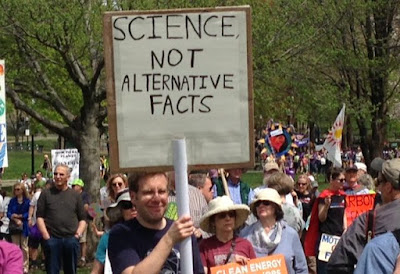 The wailing and gnashing of teeth on the Left over President Donald Trump’s decision to pull the United States out of the Paris climate change agreement is not only overblown, it’s puzzling.

This was, after all, a campaign promise that Trump made. That he ever considered not pulling us out of the accord is more surprising than his actually doing it is.

But aside from keeping a promise, his decision is also good news for the United States.

The Paris accord is not based on the idea that global climate is changing. That observation is not only “settled science” — it has been the case through all of the planet’s existence.

The Paris accord is about taxing production and use of materials. It’s about limiting economic activity that allows people to make and use goods that they need. And it’s a bad idea.

Taxing and regulating carbon consumption to try to limit man’s effect on climate will someday be looked upon by economists the way bloodletting is seen by doctors today.

What everyone seems to be missing is that our withdrawal from the Paris accord agreements had nothing to do with science or climate change...it was all about transferring money from 'us' to 'not-us'! If everyone else had been contributing at a respective rate to their economies, we would most likely still be in it...kinda like the UN - pony up or pony alone!

Sadly Jake Day singed up the city of Salisbury to honor agreement along with Takoma Park (which is so far out on the left that it makes Berkley look conservative). In a mostly Republican community, the city is now polarizing itself.

Amen carbon offset credits are not the way to fix the problem of the earth warming since the last ice age.

And if you had any sense in your head you'd see that the future is not in coal and oil, it's in renewable sources. I too think the burden placed on the US would have been ridiculous. We need to stop investing in old dirty coal, by the way "clean coal" is not a thing it's simply the addition of technology to capture the emissions, and start investing in the future. The world is shifting away from old fossil fuels and we can either be at the forefront of innovation or left behind buying technology developed by other countries.

I also want to add that it's hilarious to see an article published on here finally saying that the observation of climate change is "settled science" when every other article discussing it produces a dog and pony show of people with no scientific background claiming its not real, an Al Gore conspiracy or a chinese hoax.

Sounds like it was more of an attempt to affect what Americans care about most, $$$

You should do a little research before you spout off.

1:27, yes, climate change is settled science. We've had the Ice Age, haven't we? Then, polar ice caps melting wildly north in the early 1900's, before oil was a big thing.

The issue is, or was, it's going to happen without human input, so taxing it is STUPID.