Appoint a Special Prosecutor to investigate the murder of Seth Rich, the alleged Wikileaks email leaker 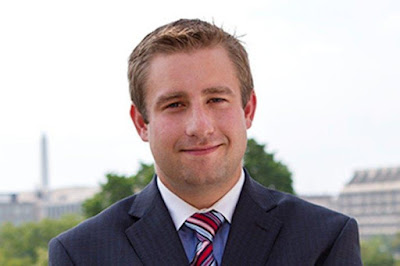 On July 10, 2016, Seth Rich was shot twice in the early morning as he walked back to his house in Washington D.C. Immediately after the crime, the death was called an armed robbery...but none of Seth Rich's belongings were taken from him.

Rod Wheeler, a private investigator hired by the family, said that there was evidence Seth Rich had contacted WikiLeaks and that law enforcement were covering this up. MSM is not covering this murder, instead pushing it to the side, so it is now up to us.

The facts do not add up, law enforcement stopped covering the crime, and now it is time for us to fight for justice. Seth Rich deserves this.

This needs to come out in the open to put an end to the Russian BS.

That's why the Democrats are really running scared right now. Seth Rich investigation scares the hell out of them.

Amen I have said this all along and also investigate Foster who was on Bill Clinton's team and his death as well as others. The Clinton's have buried there opponents how's that?

As much as I want to, I will not sign the petition because I fear that it will make me a target of the Democratic Party. Their senior management is made up of bloodless, scheming, cowardly manipulators who draw no lines at protecting their interests and covering their tracks.

RIP, Mr. Rich. Your death and the way it has been handled saddens me. I hope that your legacy will be blowing the lid off the D.C. lies and coverups.

They'd really be scared if they would do a special investigation of Skelita!

Still amazing how many people connected in some way to the Clintons die. You don't see the Bush family with a political body count.