The accused are identified as Keone Davis, 18, and Da’Quawn Waters, 18, both of Salisbury. They are charged with first and second degree murder, and other related criminal charges. They were arrested without incident on Friday evening and later transported to the Wicomico County Detention Center.

Using information gathered throughout the investigation, Davis and Waters had been identified as suspects in the homicide. Charges were authorized after consultation with the Wicomico County State’s Attorney’s Office. Investigators believe the victim was the intended target during the home invasion.

The victim, identified as James Edward Joyce, 31, of Salisbury, was pronounced dead while in route to Peninsula Regional Medical Center on December 26, 2016. The autopsy report ruled his death as homicide by gunshot wound.

Joyce’s mother, Hilda Barkley, 56, of Salisbury was also a victim of the shooting. She sustained two gunshot wounds during the incident. She was treated for her injuries at Peninsula Regional Medical Center and later released.

On Monday, December 26, 2016, shortly after 9:30 p.m., police officers from the Salisbury City Police Department were flagged down in the area of the 700 block of Baker Street in Salisbury by an individual who reported the shooting inside a nearby two-story apartment on Baker Street in Salisbury. The Maryland State Police Homicide Unit was called by the Salisbury City Police Department to lead the investigation.

While police continue the investigation, anyone with information relevant to this incident is urged to contact Crime Solvers of the Lower Eastern Shore at 410-548-1776. A reward of up to $2,000 is offered for information that leads investigators to the arrest of other suspects in this case. Callers may remain confidential. 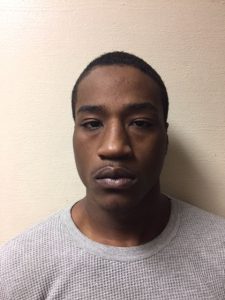 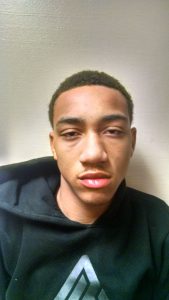 Why do black moms use apostrophes in their kids' names?
When did that become commonplace?
For employers that might be prejudiced or racist, it becomes an immediate obstacle for those young adults to get hired.
Then again, maybe they don't care.

Good God you've got to be kidding. Both 18 years old with prior criminal records for outstanding gun violations? Which local Wicomico County high school where these two enrolled?

was this the so called SPD firearms incident ?

Where were their fathers when they were growing up?

Ask WHICH District Atty let them OUT.

Well, it looks like they just made way for two other "up and coming" thugs to take their place. Good job MSP et al.

1:15 maybe it's your own prejudice that finds an apostrophe in a name bad. Do you not see the flaws in your own logic? To suggest that anyone should name their child something other than what they want just to appease a potentially racist or prejudice employer in the future? Can you see how ridiculous that is. That type of thinking needs to be removed. Maybe you don't condone it or maybe you don't care. Maybe you are incapable of looking past a name and seeing a person.

What, like it's the High Schools fault? Believe me, the school did not want them there when they were enrolled.

Keone -
All the gang bangers seem to work at Hollister, them and their hoe's.
At least according to their fb page

Davis is high as a kite in the mugshot.

2:08 PM no and they haven't even told you about Thomas Brown who died.

Just an FYI - we are all looking at that person right now.

Stereotypes are stereotypes for a reason. Just sayin'.

from my experience of being a manager, I don't hire people with apostrophes in their names because they never apply for a job in the first place

2:46 Please look up the definition of 'correlation'. Sometimes, there is one. Not always, but sometimes.

What are you talking about? No DA let them out. Seriously why blame anyone but the criminal anyway? Make America Great and bring back personal responsibility please!!!

Do you really think these two scumbags have ever worked a job for 5 minutes??? Not

7:16 Actually it was Reagan's war on drugs in the 80's that began the mass incarceration of black men for longer sentences than white men for the same crimes and left families without fathers.

Probably out getting other girls pregnant. I'm sure they have a bunch of half siblings. I know of several black men with 10+ children with as many Moms.

Maybe no one can pronounce it.

They could have named them more safe names i suppose like charles, Timothy, Jim, or Jeffery. Then they could have been serial killers

When did he die?

yawn
Do the crime thug do the time.

compared to the odds of blacks being arrested thats funny.

compared to the odds of blacks being arrested thats funny.

So what is their excuse now. The seventies was a long time ago

What is your excuse for no being smart 7:45? WTF are you even talking about?

does keone have a brother named ketwo

No but his maternal grandmother s name is jane