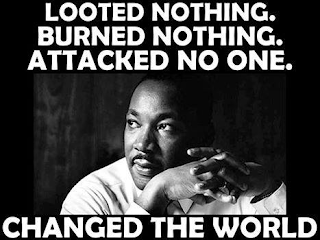 As we get closer to Election Day, as with many years before, we are going to be hit with such propaganda to the likes unlike we've ever seen.

There's no disputing, given her criminality and corruption, Hillary Clinton is the most unpopular candidate we've ever seen in our lifetime. She has a long, shrouded past in subverting and diverting to the point she makes Oscar winning actors look weak. She's a professional propagandist with a reputation steep in lying and deception.

That being said, the Left - utilizing all the millions raised from Warren Buffett, George Soros and the Koch Brothers - will be to divert and subvert against the anti-globalism tenor of today's voting climate. They don't want you to not vote for their favorite cause - self-enrichment through the yard sale of America. And it's not just the Left either - it's the Right Establishment whom rally to keep the myths alive about Trump. He threatens them all. They can't run the same table when he becomes president. A table we all want destroyed much like they want to destroy America.

Like Britain last June, we are not for sale. America's bargain basement part sale is closed for business - once and for all.

Our own emancipation from the proposed slavery of TPP and TiSA looms in our foregrounds - along with every aspect of our American life that offends few but is made to seem like it offends all by Social Justice profiteers like those stated above.

The real deal is Donald Trump scares the hell out of them - hence, why the Left is desperate to take away anything regarding his message of making America first and raising the bar back to prosperity for Americans.

Fact is, the world, on a whole, it much weaker when America is weak, too. Weakened countries leave the globe ripe for the picking when it comes to the globalists' demagoguery.

We can see evidence of this in the Corporate and MSM treason perpetrated everyday in every medium known to man. They are working hard to divert voters and give us new red shiny lights and whistles to whisk us away from the task at hand: Saving America from the brink of extinction.

Wake up, America. This isn't about police brutality, racism, sexism, or any of the other 'isms' Clinton called out during her infamous turret moment where everyone was proclaimed as an irredeemable deplorable in the Trump basket. She knows Trump supporters aren't any of those things - no, far from it.

We're WORSE! We want to save the country from the elite profiteers bent on stripping her for parts and selling her off piece by piece.

As Americans, it's unAmerican to allow this to happen! It's time to put an end to this charade and begin to rebuild our country from it's ideological war-torn state to the country we inherited from our ancestors who had a dream and made it happen!

at the time i am sure many americans considered him a radical the generation before us was raised in a different environment than ours,as is today's generation is different than mine his idiology has all but been forgotten and the country has fallen into a bad state of affairs whether you are black or white you can look back on dr. kings teachings and beliefs and see he was interested in bettering race relations for the good of the country,not for personal gain the groups popping up now are trying to create unrest between the races instead of getting along time to stand up for what's good for this country and stop trying to pad their bank accounts GOD bless AMERICA

The point of this is people need to understand that all the garbage going on right now is designed to take emphasis off the real issues facing our country. We are being information overloaded on purpose in order to short circuit us not into realizing the true essence of what's at stake here. This election may be our last if we're not careful and keep looking at the issues and who has the best course to fix the problems we have in our society. A lot of ginned up racial division funded by an ex-Nazi who wants globalism to move forward. He did the same thing in Europe. With the UK he lost and his temper tantrum resulted in a free fall in all markets across the world for two days. Think this is what Thornton is getting at.

A Democrat took him out.

Most of us who have any religion understand what is going on. I can't understand why the black culture is swayed so easy , especially when they loot , steal , pillage , murder , fight , swear , do drugs , sell drugs etc. etc..
I never in this world thought I would become a racist , until now.

My momma always said to take the garbage out before it starts to stink.
Too little , way too late.

I had the absolute pleasure to watch, on facebook, a raw live unedited feed of the "protest" in Atlanta the last 2 nights.

What an eye opener. Racist, disorganized, ignorant rhetoric. Day 2 of Atlanta was OBVIOUSLY directed by a paid white dude.

When they quit killing each other, then I will listen. Otherwise, I do not care anymore. Always the victim, always someone else fault, always their hand out.

Not a racist 1:15 a realist. A teller of the truth. Anymore when someone speaks the truth they call you a racist because honesty is a foreign concept and they don't want to hear the truth. This lack of honesty is a major character flaw and is the root of all their troubles. For a culture who likes everyone to think they are so religious they certainly do not walk the walk. God sees and He is not pleased.

Clinton and her liberal cronies have fueled the racial tensions in this country all for the sake of getting votes. Vote out these lying heathens!

I am deplorable and proud.

What horse crap. King talked peace but left a wake of looting and rioting in his wake.

"“I think that we’ve got to see that a riot is the language of the unheard. And, what is it that America has failed to hear? It has failed to hear that the economic plight of the Negro poor has worsened over the last few years.”

A thought for y'all. The past 8 years of backlash against President Obama and the rise of the current Republican candidate has only served to bring to light our country's racial divide, which never really went away, we (whites) just chose to ignore it. I don't fear Trump as a president (aside from the whole Nuclear Code thing) but I fear what he brings along with him. White supremacists, nationalists, neo-confederates are all flocking to Trump's banner because he legitimizes them and their fear and their ideas. And unfortunately even if he loses, we can't shut that box again.
But at the same time, Just as many people are waking up to the reality of institutional racism in this great nation of ours and the roles of white Americans in perpetuating it. Thanks to social media we can't ignore it even if we tried. And we are ready to stand up for each other.

"But it is not enough for me to stand before you tonight and condemn riots. It would be morally irresponsible for me to do that without, at the same time, condemning the contingent, intolerable conditions that exist in our society. These conditions are the things that cause individuals to feel that they have no other alternative than to engage in violent rebellions to get attention. And I must say tonight that a riot is the language of the unheard. And what is it America has failed to hear?...It has failed to hear that the promises of freedom and justice have not been met. And it has failed to hear that large segments of white society are more concerned about tranquility and the status quo than about justice and humanity."
— “The Other America,” 1968

More horse crap! thee are three factors in poverty in the US. Dropping out of school, having kids out of wedlock, and substance abuse. All free choices! Blacks have committed over 50% of murders in the US over the last 40 years, Leading cause of death among young black males is murder by other young black males. Not cops. There is free education and affirmative action and their culture holds them in the grasp of poverty, ignorance, and despair!!!

Instead of police reform Clinton and her gang should look to reform the ghetto. Then again, she's ginned up all this racial tension with her buddies in the first place.