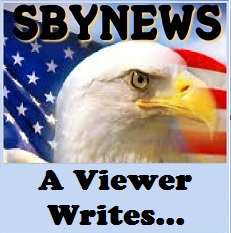 A white female approx 5' 8 " about 100 lbs with tattoo markings of the Number 1, 2, 3, 4 on her neck and forearm, reached across the counter, stealing a employees wallet. She than ran towards the exit door; knocking other shoppers out of the way, and jumped into a white van marked " KITCHEN CONCEPTS" and drove to the store located @ 1001 Eastern Shore Drive in Salisbury.

SPD has yet arrested this woman or returned the employees wallet to the rightful owner at Family Dollar.

I asked the employee at family dollar on 11-11-2019 while shopping and noting the managers concerns....why the wallet was in reaching distance. The employee responded I just got a soda , and was about to place the wallet in my pocket, when the robbery took place.

Jake Day ran on no crime in Dabury.....and he lied his AZZ OFF.

Why hasn't the thief been arrested? How much more of a good description do they need?

so no arrest has been made? Shouldn't that have been an easy arrest? Is she employee of Kitchen Concepts? So many questions--so incompetent leadership at SPD

The crime is SPD inaction.
Thats the crime.

Just like the mantra most MSM outlets prescribe: if it's not reported...it never happened.
Propaganda is more effective, not by what is SAID, but more often by what is NOT said.

Mr Kitchen Concepts must be shitzin his pants.

Most homeowners have no clue that these people are hiring felons and gang banger and they come in to your home.

I know a landscaper that had a drug dealing felon on his crew.
A plumber once sent a guy that was stoned to fix my toilet.
I hired a mover and found out after I moved that the day before he was arrested for having a stolen handgun in his car, that he stole from a move he did in Virginia.

They are so busy with other more important crimes don't you know! (Sic)
Sorry but your wallet is of no great concern. They could care less what it takes to replace your license and anything else you had in it. But get stopped without that license and they WILL lock you up!!

So who cares about crime in slumsbury. He was elected by a large margin of whiners. I always carry in the hood, but don't have much respect for a city that continues to elect leaders that allow this to happen. I'm planning my retirement plan and it won't include anything near salisbury

That's one skinny woman. Should stand out fairly easily.

It was a theft. A robbery is the action of taking property unlawfully from a person or place by force or threat of force. There was no element of threat or force. It will go down in the report as a theft of property under $500.

It should be fairly easy. Kitchen concepts knows who had which van at what time during the day. It is most likely not an employee who did the theft, but one who drove the car. Arrest him for participating in a theft, and he will sing like a bird

@Joe - you should ask the manager there about this and post his response. Do the work you'll not see on the news.

Shooting and stabbing in the city over the weekend also. No mention of that anywhere.

Yea. Unfortunately the law doesn’t work that was know it all

You are correct Anonymous 9:30

I wish we could see the video also ! Family Dollar should post it !

Then the company that owns the van would probably investigate enough to clear their name. That may be the only way anything gets done, sadly.

I’m discouraged by many conservatives that post here. I’ll ask, what is the difference between some of these hateful comments and those of the radical left? I see none other than the subject that is spoken to.
As conservatives we should bear some responsibility for the way we are viewed in society. That is if you truly want positive change. I don’t know how to turn the tide of liberalism but hate for hates’ sake definitely won’t.
MAGA

Maybe it was tampons or pads and she just didn't have the money.

The Jake Day and low crime in the "bury" we know is a given lie but it is much worse because the police chief Duncan (chief Hug a Thug") is a neighbor and supporter of Jake's cover up. Between the two of them they gloss over every crime, no reporting on your local news stations, no press awareness except for this blog and Wayne King which should have become our next mayor. We used to have the SPD crime stats weekly shown by street but these two put a stop to that instead you can just get a map with stupid flags. Transparency will be gone another 4 years now. Thank you Jake supporters may you experience the forgotten city communities you will know how those in the city live. May your experiences not be shots at your home and forced entry break-ins we live with I wouldn't wish that on anyone. But thank you Jake and Barbara for all the cover ups of the last 4 years and another 4 to come. And don't ever think of putting back the Mayors Roundtable where communities can come together with you two and the City Council. Planning Festivals is your style. Hope you and your families can sleep we can't.

If Salisbury wanted criminals like this dealt with, they should have voted for KING. He would have been on the phone in 2 seconds with the new police chief and be asking what the hell is going on? "Do your job, or I will find someone else to do it!"

Well unfortunately Jake the Snake BS'd his way to the top again. Now we have Boy Wonder for the next 4 years making a worse mess of the mess he already made. Sure all the slum lords like him, his city adm. will leave them alone while collecting their money on run down pieces of crap they rent out for big money. More bike lanes, more torn up roads, more road blocks - boy what a future for Salisbury, but all you nuts out there voted wrong so shut up and live with it.

when is the next queer pride parade

You get what you vote for.

Can't charge a description. Putting a name and DOB on the description is not easy.

I stopped my car on Spring Hill Road exit off the bypass to check my cell phone. I wasn't there long and a white guy on a bike approached me. He was pleasant but started to ask me for money. It was mid morning in what I thought a good part of town. It was near a gas station. I tell you all this info because he was a clean cut guy (mid - 20s). I was outside my car when he approached me and I immediately got back in my car and drove off. Never thought something like that would happen mid morning off Spring Hill road. Crime 8s high in Salisbury.

She was just getting some QUALITY parts for Kitchen Concepts !!!! for the next REDO LOL LOL

Northwest Woodsman: When I retired from the military, I gave some thought to relocating back to the eastern shore , possibly Ocean City or rural Worcester County but employment circumstances prevented it. Now, I am so glad they did! The only thing worse would be if one were forced to live in Baltimore due to employment considerations. I did, however, eventually find a location that is similar to Snow Hill circa 1958, and every day for the last 12 years, I have thought to myself “I love this place!”

Northwest Woodsman : I have noticed that throughout my law enforcement career, almost every criminal has tattoos visible, usually around the neck area. It is great because it helps to profile and to ID them.

The question I ask is what I haven't read in any other comment. Did this actually even occur? The person who posted this does not have a full grasp of the English language. Not to denigrate that person but did this even occur? Does this person have a grudge toward Kitchen Concepts? Also, how do we know that this case if true, wasn't solved and people were arrested.

Knocking other shoppers out of the way-that’s force.

348....get off your couch and stop by the family dollar, and ask LINDA the manager about the theft man..

This blog is a opportunity for the citizens to place their concerns and comments about what is going on in this County.

Most use phones to type on the blog....Joe is not going to post concerns that may not be true.

run your typing mouth here or go by that store and ask Linda the manager ?

Don't worry about SPD.She has been dealt with.

Jake Day nor the police can stop crime and neither will a republican mayor. The motto "Protect and Serve" are in reference to the State, not the people.

Protect yourselves and stop being so pacifist and pansy. Stop voting for candy ass soyboy representatives. Make the first question you ask to anyone who wants your vote "will you support and advocate open carry in Maryland or the Eastern Shore?".

If you will not do that then stop all the crying and whining over crime because nothing is going to change with a republican or democrat mayor.