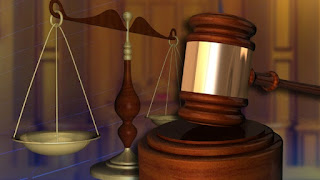 BALTIMORE —Aaron Holly’s guilt has not been questioned in the 12 years since a Baltimore County jury convicted him of murdering a woman in 2002.

Holly and another man were convicted of fatally shooting Tanya Jones-Spence, 28, on June 7, 2002 , in Randallstown. Jones-Spence, who was fatally shot outside her apartment after tumbling off her balcony, was an unintended victim as the gunmen had planned to rob and kill her husband, prosecutors said.

According to prosecutors, Holly, who was 17 at the time, and co-defendant Shawn Gardner ran out of the apartment, located Jones-Spence on the ground and shot her at close range. Both men were sentenced in 2004 to life without the possibility of parole.

“(Y)ou come down the steps of her apartment building and within a few feet of her shot her like she was some kind of animal to be hunted,” the court said at the time of sentencing.

But Holly is among many inmates convicted of murder as a juvenile in Maryland who could have their sentences altered after the state’s second highest court ruled they were sentenced to life without parole without considering their chance to be rehabilitated.

As the Baretta theme went, " don't do the crime if you cannot do the time" Let them rot!

If you let them out they will repeat offend again. All they've done in prison is learn new ways to beat the system and new violent contacts and gang members to hook up with. Let the animals rot there. Stupid article.

I'm all for justice. Fair and impartial justice.
So... Let us first consider the chance of his victim being rehabilitated from the gunshots.
When that happens, the we'll consider his chances of rehabilitation.