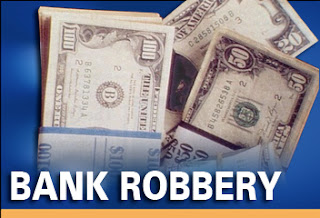 The Bank of Ocean City at 122nd street was just robbed.

Suspect is a short black male. He was wearing a fake beard, long sleeves and a tan coat. Suspect showed a black and silver hand gun.

Suspect told bank employees that there was a bomb placed in the drive thru.


UPDATE: The Coastal Dispatch is stating the suspect has been apprehended.

(Editor's Note: An earlier post about the suspect being apprehended nearby was inaccurate and has been removed. We apologize for the erroneous reporting. During breaking news situations, we often rely on witnesses in the area and in this case an individual seen handcuffed in the vicinity was not related to this incident.)
at 8/24/2016 03:55:00 PM

A bomb yet no bomb teams? Lmao. A year ago everyone wouldve been at the schools!