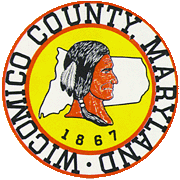 whoever keeps posting these stats clearly doesn't understand them. labor force doesn't equate to jobs. the county us actually gaining jobs. you can see that in the unemployment stats

I physically applied for 16 jobs last Thursday and Friday, not online, in person, and I haven't had 1 call back. Those numbers are real. Unless you are jobless and out here looking, you have no idea!

I have education and skills, this area is taking a nose dive.

You are in error. You had better go back and take a retake. Those that have fallen out of the system have done just that - they are still unemployed. You cannot go by the unemployment rate - as the reduction has occured in the number of workforce personnel. Actually - these statistics prove a clear picture as to what is happening in our economy. What you are witnessing is basically a major shift - a significant portion of our workforce is going 'offline'.

Joe - this is a great article. This is exactly why I will be voting for you as Salisbury's next Mayor. You clearly understand the microscopics of our economy. Something that no one has done in a very long time.

6:26 is out of touch with reality - too much kool-aid. Those numbers take out the folks that have quit looking or whose unemployment has run out.

8:38 has it right - even with skills and education, the jobs are NOT here.

I had to go across the bay after a local chicken company ditched a bunch of their talented folks. Now they can't get folks to come here for a number of reasons...area has no job diversity and local company's reputations for starters....

Folks it is 2013! Three years ago Slick Rick said we would be in the middle of a booming economy and thats why county government had to get bigger and they needed more revenue.

Where is the recovery Rick?

This is what Fox's Rick Santelli and many other notable economist have been eluding to for the past year or so. Now that I see it - I understand what they have been saying for so long.

Joe - do not take your eye off the crystal ball. This election is about jobs. Please - do not let Ireton off the hook like Romney did with Obama. The people are suffering here locally. The chronic employment condition is totally unacceptable and the people ought not let any of our elected officials off the hook.
You have definately struck a cord and it is rattling the establishment.

It used to be, everyone I knew had a job. Now, just about everyone I know has either been furloughed, unemployed, or worried about their job.

12:57 Where is the state getting the numbers for those unemployed and not getting benefits? How do they know how long it is taking to find a job? Not everyone registers with Maryland's One Stop Job Market either, so where do they pull these numbers from?

To 1:39, go to the Bureau of Labor Statistics website (where these numbers came from), and it will explain how it calculates the unemployment rate. Essentially, the BLS does a survey of workers or businesses.

There are also people on social security in the market for part time jobs, are these people counted? The homeless? I'd wager the overall rate of people looking for jobs far exceeds 10%

I went to the BLS site and read how they calculate and basically (if you can get through the double talk) what they do is ask people if they are on unemployment or are looking for work. They call it the "civilian labor force." Those whose benefits have run out and are not looking for work are not counted. They don't count the people not looking because they say they could be retirees. That's the excuse they give when in fact they could ask those surveyed if they are retired. Since their way of calculating runs similar to just looking at unemployment benefit stats it's
sounds like more useless make work government jobs which the same could be accomplished by 1/2 doz people looking at individual states unemployment numbers and compiling averages.
Leave it to the federal government to make something as simple as a molehill into a mountain.

8.38 is absolutely right.
To put it truthfully and bluntly, the lower shore's job market SUCKS. Very few professional jobs and the few that exist pay SUCKY.
Sadly, ex-Governor Schaeffer was right about our region of MD.

I have to admit that this is one of the best sites for overall legitimacy, factual content, and it truly amazes me as to the in-depth coverage of this media. After visiting SBYnews, who would want to go back to the old style, liberal bias reporting of The Daily Times.

For example - on today's Daily Times front page - it touts O'Malley's job creation. Yet when you look between the lines - there are less jobs in Wicomico than there was last year.

Joe Albero should win this election hands down. Simply look at the job generation record and this statistic alone should determine the course of the election.

Let's face it - the basic question should be - do the people of Salisbury/Wicomico feel more comfortable with a bureaucrat with a poor track record of bringing job growth to Salisbury, or, would they rather have an illustrious entrepreneur with a proven track record that looks and feels like a 'real man'.

As for myself - I would prefer to have Albero for Mayor. I surely hope that the majority of the public feels the same.

I believe Salisbury's Mayor is an even grander office than the County Executive. I say this because a Mayor can yield more results in helping to attract and garner prospective businesses to our area.

I sure hope Joe wins because he really seems to be the more qualified when you look at the total picture.

I have to agree with 9:11. I hope Joe does not let Ireton off of the ropes in regards to the local job scene.

Irregardless of color, religion, ethnicity, gender, - this election is about who is the best person to lure good jobs to our area. The local jobs data speaks volumns about a dismal job market. If fact it is worse than dismal.