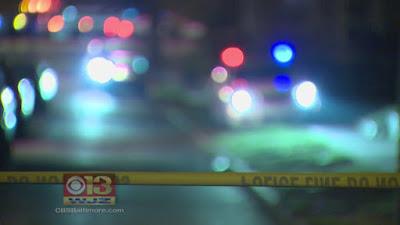 DENVER (AP) — Police officers across the country misuse confidential law enforcement databases to get information on romantic partners, business associates, neighbors, journalists and others for reasons that have nothing to do with daily police work, an Associated Press investigation has found.

Criminal-history and driver databases give officers critical information about people they encounter on the job. But the AP’s review shows how those systems also can be exploited by officers who, motivated by romantic quarrels, personal conflicts or voyeuristic curiosity, sidestep policies and sometimes the law by snooping. In the most egregious cases, officers have used information to stalk or harass, or have tampered with or sold records they obtained.

No single agency tracks how often the abuse happens nationwide, and record-keeping inconsistencies make it impossible to know how many violations occur.

Ive had a friend of mine check CODUS on several people who have contact with my children. Should be available to anyone.

Dave T: I'm not surprised. People everywhere here love to abuse what power they have. The police are not entirely innocent in the allegations against them.

If this surprises anyone you are a fool!

was there any intent

Heads up some former officers that have left the force, but still have friends working there can get information about possible conflicts that they may have with the general public. Some of them still have their moles that will help them because of friendship. This causes undue stress if the general public has a compliant about a former officer they get the heads up advanced notice and the person affected gets no help.

and if you don't have a friend that can do it for free, you can spend some money and find some info yourself. maybe not as detailed but it's out there.

Thugs are attacking white people in the streets.

Illegally, the Gestapo have done that to me, from a local fruitland cop to the Salisbury police, to the state police right here in Salisbury (do they still have my picture on the wall of that barracks, the one for citizens who, they say, need "further attention"???) looking to find ANYTHING they could anonymously post to discredit me and make me look bad. ANYTHING.
Guess what? Nada. Zilch. NOTHING.
All they did was break the law.
Which, erroneously, they believe doesn't apply to THEM.
It's part of entropy. The breakdown of society into the haves and have not's, the powerful and the not so powerful.
Succinctly stated, the Two Sets of Laws theorem, which isn't so much a theory any more, protects them against any repercussions from breaking the laws that are so stringently enforced upon "we, the people".
So, I'll be buying some more ammo TODAY (I have plenty of guns, thank you) because that situation will inevitably lead to civil war, insurrection, or revolution. It IS inevitable.
Be ready or be a victim.
Keep cheering!!!!