Report: A More Conservative Alternative To Fox News Is In The Works 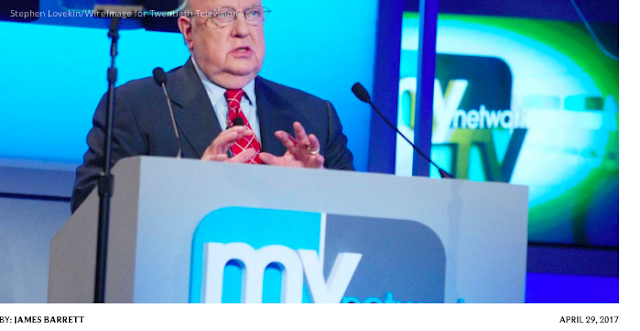 According to a source close with the negotiations, "conservative fat cats" are talking very seriously about launching a rival to Fox News Network. The reports come amid continued internal turmoil within the solitary mainstream right-leaning news network, turmoil largely caused by external scrutiny over sexual harassment allegations directed at two high-profile figures and what appears to be a power shift at the top.

Rumors about a new conservative network really revved up on Friday when Mediate's Rachel Stockman reported that a "well-placed source close to the proposal" told the outlet that "serious discussions are underway to create an alternative conservative cable network on the belief that the Fox News Network is moving too far to the left."

The source, who is engaged in the talks, says a meeting is planned for today with two prominent high-powered television executives, some underperforming conservative networks and people have an interest and the ability to fund a new network.

So who exactly are the "two prominent high-powered television executives"? That's not yet clear, but Roger Ailes, the former CEO and Chairman of Fox News Channel and Fox Business Network who resigned in July 2016 amid sexual harassment allegations, was reportedly one of the key figures present at the meeting on Friday.

I would be a viewer IF

1 It did not lean far, far, to the right, such as Glen Beck type of programming.

2 It reported fair and balanced News,

3 If it carried shows much like FOX use to do with Hannity and Combs.

I am not interested in far left or far right programming and that is why I watched FOX. Give me another Channel like FOX use to be, please.

Please put this on tv now bc Fox news is turning into CNN with all the trump bashing with the Ahole Shep smith.

I agree make it like the old Fox. I do not watch FOX as much since they are leaning towards liberalism. Murdock is allowing his sons to transform it into another liberal dumbocRAT sympathizers. They are no longer my news channel. Glad they got rid of Megan Kelly and their so called reporters are doing a CNN / MSNBC programing. They still have the ever changing Jeraldo Rivera who needs to go. I will gladly support a new conservative / fair & balanced news channel.