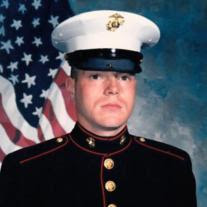 He was born July 8, 1972 in Seaford, Delaware, a son of Nancy E. (Shockley) Abbott of Mardela Springs and the late Donald Lee Spicer, who passed in 1996.

Brent graduated from James M. Bennett High School with the class of 1991. After high school he studied for 2 years at the University of Maryland, Eastern Shore before enlisting in the US Marine Corps in 1994. He worked for many years for Spicer Brothers Construction, and then worked with juveniles as a security officer and mentor at ECI. He was currently working as a technician for Orkin Pest Control in Salisbury. He was an avid outdoorsman who loved to hunt and fish and enjoyed spending time in the woods appreciating nature. He also loved playing in various men’s softball leagues in the area. He was a past member of the Mardela Springs Volunteer Fire Department.

A funeral service will be held on Friday, December 7, 2012 at 12:00 pm at Short Funeral Home in Delmar, where family and friends may call from 10:00 am to 12:00. Interment with military honors will follow the services at Eastern Shore Veterans Cemetery in Hurlock.

Memorial contributions may be made in his memory to the Livestrong Foundation, National Mail Processing, P.O. Box 6003, Albert Lea, MN 56007-6603.

Online condolences may be sent to the family by visiting www.shortfh.com.