Can We Govern Ourselves…Or Do We Need A King? 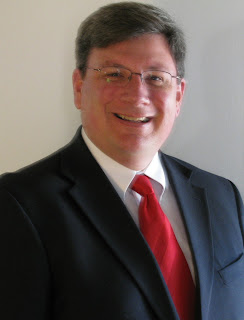 There has been a movement within government over the past two decades to control growth and development for the perceived “greater good” of society. It has come to us through various names (Smart Growth, Growing Green, Sustainable Growth, etc.) but the direction has always been toward containing or confining development, as much as possible, in our more urban areas.
Under the zoning process controlled at the county and municipal levels of government, folks can appeal for change where their voice can resonate with local elected officials. Historically, this method has reflected the values of the people served by the local body politic. It has allowed us to preserve that which is deemed precious while developing that which seems suitable for growth based upon our collective community standards.

Progressives in government seek to centralize power to achieve their version of a “greater good”. Governor O’Malley and the Democrat majority in the General Assembly have expanded the reach of Annapolis into our local planning and growth decisions. They have quickly moved from a Department of Planning that provides advice to one which makes demands and implements protocols. As they expand state authority, they encroach on long held historic boundaries of governance.

At stake is the sovereignty of our counties and our municipal governments. As the progressives seek to consolidate more power in Annapolis, local governments increasingly find their pockets picked while their discretion diminishes.

Maryland’s Association of Counties (MACO) has done their best to raise a red flag and ask for legislative help, but Annapolis is occupied by those who believe in the growth of state government. Currently, some of the counties are exploring the option of joining with other jurisdictions in an effort to protect local authority. I strongly encourage and support these efforts as the courts may be our only hope.

Many counties are afraid to confront the governor and the General Assembly. They would prefer to accept the scraps that fall from the king’s table instead of fighting for their rightful seat. Our local sovereignty is an expression of our liberty. In recent sessions, we have lost control of our schools. We have had 90% of our Highway money taken away. Last year, through SB-236 (Sustainable Growth Bill), we effectively turned over future planning decisions. State demands on local building codes, from whole house sprinklers to septic restrictions, have driven the cost of building a modest home up over $30,000.00 here on the shore; and all of this came to us from an ever expanding state government over the strong objections of the vast majority of counties and their respective delegations. The General Assembly is tone deaf.

While I ask the counties to take up the cause and fight back, I will be offering a bill to repeal the provisions of SB-236. The sun is waning on liberty in Maryland, but it is not too late for a state whose very heritage is deeply rooted in individual freedom. Our people are stirring.

No matter your political persuasion, don’t give up your sovereignty tomorrow for a decision you agree with today. Liberty, once lost, is lost forever. “D’s”, “R’s”, and “I’s” should be together on this as a matter of principle.

Please continue Mike or many of us will be moving to Delaware.

How do you take back you state when those in the drivers seat keep going down the wrong roads???