Pedophilia is NOT a Crime – Paving the way for Sharia? 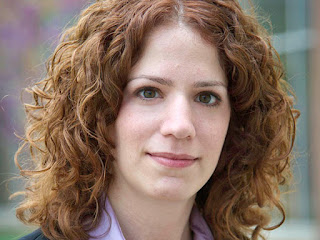 Liberal Prof. Margo Kaplan: Pedophilia is NOT a Crime – Paving the way for Sharia?

Margo Kaplan is a special kind of liberal thinker. The special kind that believes all behavior is excusable, because we should all be ‘tolerant’. Well, I have news for you, lady. This isn’t gonna fly with most of mainstream Americans, and probably not many of your colleagues, either.

She has written a precious little article that states, of all things, that now we should accept the PEDOPHILES are victims, too. She’s serious. Like really serious. She explains in an interview below:

Another liberal nut job. Can't we just ship all of them off to North Korea? Please?

Welcome to the new world order way of thinking.

These people are sick and need to be targeted the same way they target conservatives....Like showing up at her home.

Sickness is very truly what is happening here. And, it has grown to pandemic proportion. I absolutely fear for my children and grandchildren unless major changes occur.

The social agenda plan works with incrementalism.
First get us to accept sodomy.
Next, get us to allow men into women's rest rooms.
Next. pedophilia.

Pedophilia is where they really want it all to go.
The elite of the world are all pedophiles.
Hollywood has done everything it can to convince us that pedophilia is OK.
Eventually, Americans will accept it.

If you disagree with pedophilia, you will be ridiculed, scorned, and rejected by society.

She wouldn't be such a liberal idiot if it was HER 8 year old girl who was kidnapped and used in films and passed around to other pedophiles.
We are almost at the point where NOTHING is considered wrong or immoral.
I don't want to surprise any of you, but historically speaking, and in general sense of order in a civil society, THAT is a bad thing. Like a knife in the gut. You don't die right away, but you usually ARE going to die.
Astoundingly, she has OTHER dumb aces, with the most serious of academic looks of rapt attention, nodding their heads in agreement and in awe of her flawless (and humanitarian) logic.
The hanging list grows ever longer by the hour.
Keep cheering......