The Danger Of Patriotism 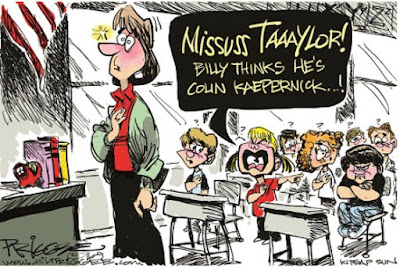 My friends, it is frightening how simple we are and how easily we are manipulated simply because we are intellectually lazy.

The U.S. establishment has confused cause and effect by and through a flag-waving mania in America. "Patriotism" throughout history has covered a multitude of mischief. We are seeing it now!

Phony patriotism is strong leverage against a population ignorant of the ways of treason by its own government. I also have no doubt that U.S. history is full of wars "for democracy" killing millions under the propaganda of patriotism with the majority support of the people and the full support of all but a small cadre of "elected representatives" — who are paid by the federal government, incidentally. In addition the millions of foreign dead, these wars have left hundreds of thousands of American military members dead or maimed physically and/or emotionally.

The whole world knows about the U.S. military industrial complex war machine and its pursuit of profits. But Americans tend to turn a blind eye.

We all agree that you have the right to call your boss a jerk. No one can stop you from saying it. But that doesn't mean that you can say anything you want, without consequences. The fans are the ones that are either going to agree with their actions, or not. In the end, it is the fans that are the boss that pays the NFL salaries, and supports the sponsors. Just like they have the right to disrespect the symbols of our country, the fans have the right to take offense at their actions. To think that just because I believe in the flag as a symbol of their constitutional rights granted by the constitution, does not make me support them disrespecting it in a public forum where they are being paid to play football for their fan's entertainment. When they put on the uniform and step onto the field, they are working, and not being paid to protest ANYTHING. Case closed. The fans will make them, and the sponsors, pay for their disrespectful (constitutional legal) exercise on the playing field. That is OUR right as fans.