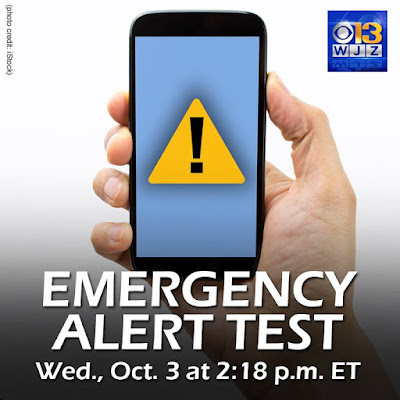 Should we check on the liberals at 2:19. Getting an alert from President Trump may make their heads explode.

REMINDER: You're getting an alert from Trump tomorrow on your phones at 2:18 p.m.

Marshall law is in effect. All liberals and snowflakes to your safe place in the basement.

Hey LIBS Trump IS UR PRESIDENT LOLOLOLOL. JYST A REMINDER.

At 219 today there will be MASSIVE EXPLOSIONS Throughout the USA Snowflakes heads that is in mommy's Basement.

You would be screaming about government takeover and socialism if the test occurred during Obama admin. Sit down clowns

I hope the Liberals choke to death!

This should have been done 10+ years ago.
It's a no-brainer. An instant crisis notification simultaneously to the entire population of the United States.
It's just another example of things getting done in our country under this President, and not depending on do-nothing politicians to waste years - even decades - to accomplish things.
This alert system has been in effect in many European countries for many years. It has taken us until now to catch up with the times.
Still, the Left is falling over itself attempting to find fault with this move, and proving once again that the Democrat Party - and most of the media - is truly "an enemy of the People".

[takes a breadth], yeah 1104, this just magically was put together and executed over the last 2 years.

pussy hats will explode all across the country

BS your x POS president wanted division in AMERICA from hating it and stirring up Race issues and pro thug so I suggest you move to a open boarders County like IRAN or Brazil and see how quick your coward ass wants to cry yourself bact to USA.

If we could only be more like them (groveling, on their knee's weak and submissive) they might be able to come to our rescue one day.
We should spend a lot more time imitating those effeminate, neutered, dependent sissies.
They can't support themselves, can't affect world affairs, have allowed themselves to be thoroughly dominated by their RULERS, and couldn't save themselves from a bad cold.
Yep. Let's be more like THEM.
In fact, move your ace there tomorrow. Tell them how bad we are and how you wish obama would have went ahead and walked on water so the world could see he really was our savior.
F Europe.
America first. finally.

I guess my flip-phone is off the grid. Never got a notification!

DIDNT work on my cell .

I think your logic train may have flipped off the track some time ago. Please make an effort to tie your critiques to the topic at hand. Hell, under your logic, half the eastern shore should have been living in exile from 2008 to 2016. LOL