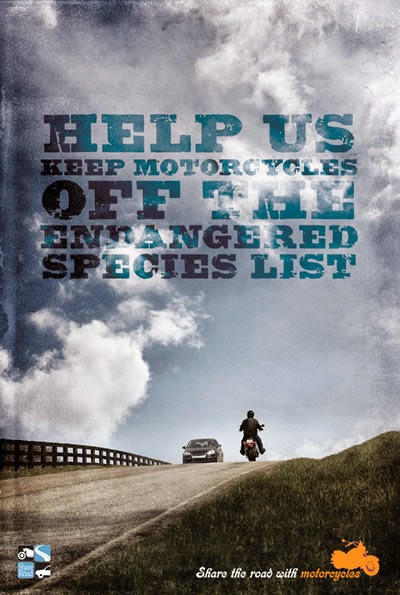 This weekend, thousands of motorcyclists are anticipated to visit Ocean City and the surrounding area as the Bikes to the Beach Spring Rally is scheduled to begin on Thursday, April 30. In correlation with Motorcycle Safety Awareness Month, which begins May 1, the Ocean City Police Department is reminding motorists and motorcyclists to “share the road” and be extra alert to keep motorcyclists safe.

“It is up to all motorists and motorcyclists to make our roads safer,” commented Chief Ross Buzzuro. “Motorists should perform visual checks for motorcyclists by checking mirrors and blind spots before they enter or exit a lane of traffic. Pedestrians should also get into the habit of scanning for motorcyclists who might be hidden by other traffic.”

According to the National Highway Traffic Safety Administration, motorcyclists are much more vulnerable than a passenger vehicle occupant in the event of a crash. Motorcyclists should remain alert to other drivers, never ride impaired or distracted and always wear a helmet and other protective gear.


In order to help keep motorcyclists safe in Ocean City, the Ocean City Police Department would like to offer the following tips:
In hopes of a safe and successful “Bikes to the Beach” event and Motorcycle Safety Awareness Month, the Ocean City Police Department reminds all drivers and motorcyclists to help share in the responsibility of keeping all road users safe, and do your part by safely “sharing the road.”
at 4/22/2015 08:30:00 PM

The only thing worse than this is the Sea Gull Century. When mob mentality takes over we the locals get screwed. I bet they don't act like that in their home area.

I recently had an experience with a motorcyclist on Rt 13 N who felt like he "owned" the road, controlling the passing lane by "cruising" and not getting over. At one point he hung in my blind spot for several minutes. Easy way to get clipped off, eh?
They also do a lot of that when in groups, trying to control traffic.
Maybe if they just followed normal protocols instead of controlling everyone around them, they could minimize the road rage that ensues as people try to flee their proximity.

Idiot. You know your blind spot not the biker. Adjust your speed. And so what if the guy wasn't going fast enough. You have the ability to go around him. Maybe he was looking for a left hand turn. And I got news for you....no bike ever has had control over four wheels and bigger. Your just an ass.

I hate to see this noisy disturbing activity back.If there was any way I could get away from that racket I would. Unfortunately, I am trapped at work.

A personal (very) observation. Since March 1,2015 in Maryland we have buried 3 motorcyclists, all happened to be friends of mine. All 3 experienced riders, wearing their mandatory helmet, unimpaired, in clear weather, no excessive speed....wondering what the cause of death was?? One was "failure to yield right of way" (I did not see him), the other two distracted driving (texting). PAY ATTENTION! Motorcycles are a legitimate form of transportation according to Maryland state law just like your cage.

10:35 you are the idiot. He had the passing lane jammed up and no one could get around him. Are you really that stupid to think no one tried to get around this idiot. Nice try with the left hand turn crap but no that was not the case. And if he does not know he is in my blind spot then he really should not be on a motorcycle. Even in a car, I know when I am in someones blind spot and realize that there is a chance they may change lanes and not see me.
You are as bad a driver as he was by your own admission. Stay off the road moron and maybe the two of you can get a discount on a refresher driving course.
4:54 nailed it, Mob mentality. They jam up the roads with their arrogance instead of simply complying with rules, courtesy and basic protocol.

6:22 is not an idiot at all. They knew enough to realize the biker was hanging in their blind spot, which could have been a death sentence if they decided to change lanes without closely looking. Happens all the time.
6:22 may have actually saved the idiot bikers life.
Kudos to you for being an aware driver.