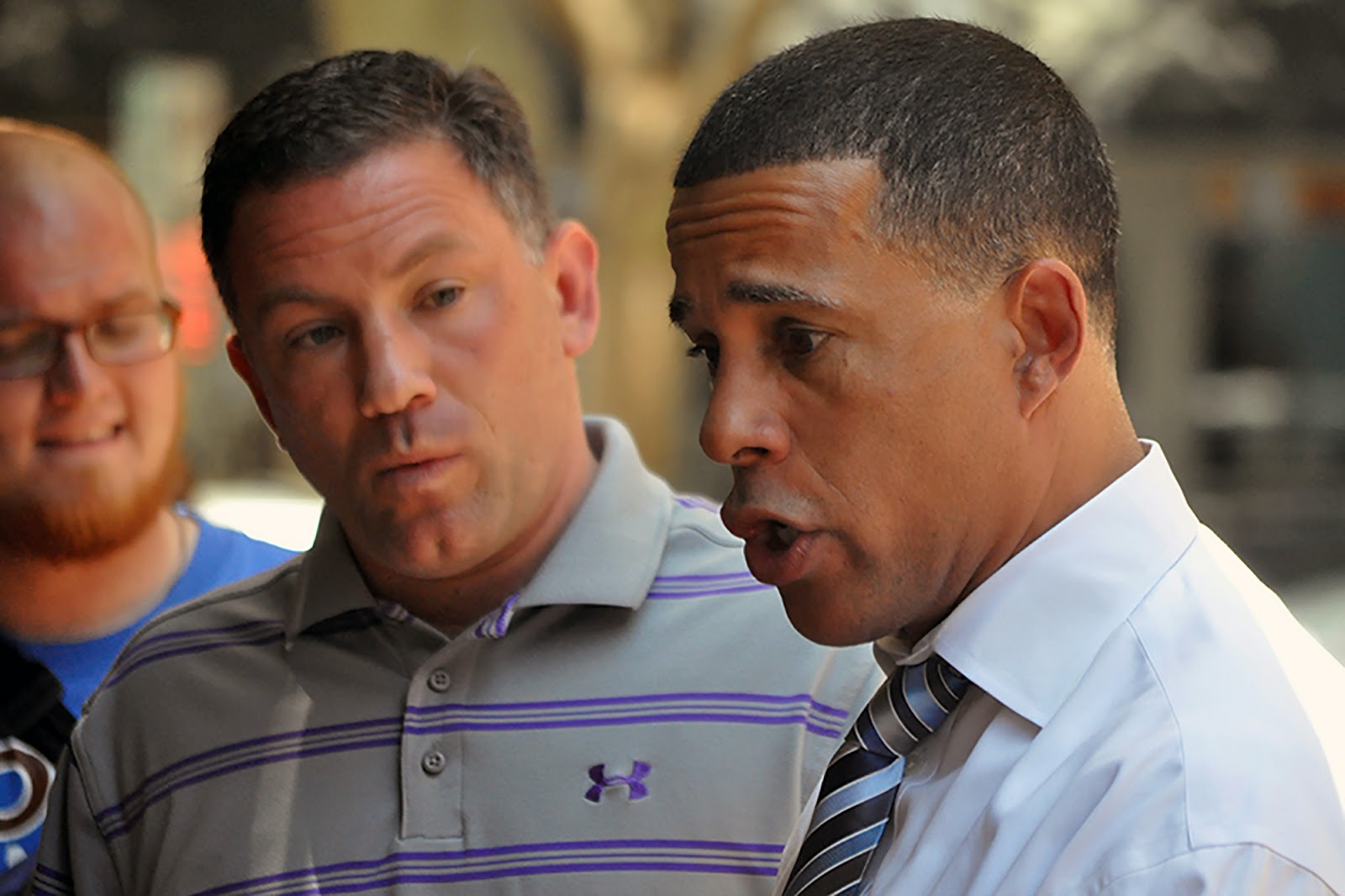 ANNAPOLIS, MD – Despite eight years of record tax increases and spending as Lt. Governor, Anthony Brown claims he will cut waste from the state budget as governor—but his estimate of anticipated savings would require massive eliminations of state employment positions.

In Brown’s “Government Efficiency Plan,” he cites cost-saving measures by Connecticut as a roadmap for Maryland to reduce wasteful spending. That plan would call for cost savings from eliminating state employees; the bulk of Connecticut’s plan is based on this measure.

“The treatment of state employees under Anthony Brown has been disgraceful,” said Larry Hogan. “Mandatory furloughs and a lack of cost of living pay increases, combined with 40 consecutive tax hikes has made it nearly impossible for many state employees to survive. Meanwhile, the Lt. Governor and his boss Martin O’Malley were just given yet another raise thanks to the inaction of the state legislature.”

This guy is just plain stupid.

It is fuzzy math for Brown to say he 'cut' the budget the past 8 years by $9 Billion dollars.
The so called cuts are from "PROPOSED INCREASES IN SPENDING" not actual cuts.
This thinking is the same as me saying I wanted to buy a $20 million yacht but decided not to so I "saved" $20 million.

He forgot to mention the $200,000,000.00 he wasted in the failed Maryland Health Exchange. This was his sole responsibility as Lt. Gov. and he totally blew it. Now he wants a promotion?

Another Communist Obama Clone. With the same motto of "Do As I Say, Not As I Do". Rotten and Crooked to the Core. Maryland Voters Do Not Fall For His Words, But Judge By His Actions in the Past. I bring the Truth to Your Ears as Plain as A-B-C

Can we please have a commentary without race being involved! Let us just say that way too many children go to school without breakfast! They ARE CHILDREN not their fault they are in their situation! THEY ARE OUR FUTURE~ well voted Dem 48 years and JUST VOTED ALL REPUBLICAN! BROWN is ignorant arrogant and a lot of other things ... I worked for the state for 30 years and BROWN NEVER visited Deers Head Hospital I firmly believe his first cut in employees will be to close Deers Head AND ITS PROFITABLE DIALYSIS UNIT and GREAT VIEW OF THE lake,,,,to a developer.... then just as quickly Holly Centers Doors will close..... so before commentors say great get rid of state employees... wait ... think,,, of all the families and clients these 2 facilities have served and continue to serve! Stroke Victims, Down Syndrome and more... PLEASE VOTE HOGAN! signed NEW REPUBLICANngai

LOL! If he wanted to eliminate State workers' jobs, he and Omallet would be halfway through it by now.

In other words, he's lying in order to get votes.

You listening teachers? Your on the hit list too...but too late barrack O'brown ...you screwed us once ...not again chump

When the mix is EXACTLY mix of 50% White and 50% black you would get Mulato, Not Black. But Point taken, no need to get into race baiting. I will say this recent administration Crookednes and Blatant Disregard for the Laws of this Land speaks volumes for itself.

What kind of mind control flap is that? What do you mean?

Children have a future - yes.

Children are not "our future".
Stop with the bullshtie already.

Say what you mean for crying out loud.

How about, "I care about children and want them to have food".

On the State and local level (and national), I do think some positions need to be eliminated... yet retain the employee and move/train them in areas that lack efficiency. Not that ANY government agency is efficient... but that's to be expected when you don't have to show a profit.

More lies from another professional liar.