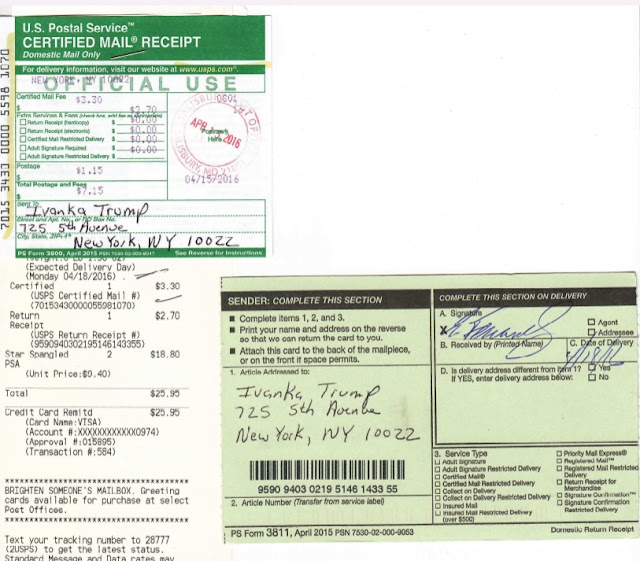 The above spreadsheet contains jobs information that was prepared this time last year - using at that time - the latest 2014 FY Maryland Income Tax Summary reports.

If there is one thing that I have learned from this past Presidential election - one can no long rely on the MSM and/or other governmental agencies for public disemination of accurate or reliable jobs information. We all witnessed this first hand - as to how the US Bureau of Labor did a complete jobs restatement, prior to, the Democratic/Republican primaries - and after they (US Bureau of Labor) performed their US jobs numbers restatement - it was downsized by 50% - (horribly distorted - emphasis added by author). Locally - we can thank SBYnews for getting this information out - and eventually the other MSM networks finally came on-board - most noteworthy Fox's Sean Hannity. But in reality - it was SBYnews that first broke the jobs distortion story - NATIONALLY and INTERNATIONALLY.

Eventually - President-elect - Donald Trump was supplied the jobs information, and, he acknowledged receipt through his daughter Ivanka Trump - just prior to his appearance at Stephen Decatur, Berlin, MD and Frederick, MD - on April 20, 2016 (see above mail return certification).
at 1/02/2017 06:00:00 AM

lmao, what you didn't realize the government lies to us all the time? naive?
they (those who seek political office) have and always will have an agenda and they will do and say anything to further their agenda!

And yet each year Joe, the nearly identical cast of salesmen, led by Mr. Ryan, get together to recite to themselves the same skewed story about how great the local economy is as a result of their effort, slap each other on their self important backs, write a half true, dressed up press release and vote themselves a raise.
And of course one of the biggest arguments posited is - we must be doing better because the NY bond market has offered to lend us more rope...er, um, I mean ....money

7:38, Once again Salisbury News delivered "factual and documented" information. Our government can lie all they want, until the main stream media, (especially on a local level) get on board with the TRUTH, they will continue to fail.

Love us or hate us, we tell the truth. It's one thing to slap up breaking news but what I think many of you ignore is the amount of time that goes into reports like this one.

As for economic development, SWED is a joke. The City and County need to make changes immediately, (while in office) and not just SAY they'll make changes if re-elected and or elected. These elected officials then need to tell the special interests in their way to step aside. Remember Folks, these are people who don't even LIVE in the area. They have businesses here but they don't LIVE here. As the City and County fail, what do they care. Their businesses are enjoying exclusivity without competition and they want things to stay that way.

Joe,
I have read your blog since it's inception and this type of information has been valuable to me in proving to many dumbed down MSM dependent friends and family members. I have concluded that based on the information that my wife and I will be moving to lower Delaware. Most people realize there is no sales tax in Delaware, but the other appealing factor is that our new home will feature a property tax that is a quarter of what we pay in Wicomico County not to mention income taxes. This county has been my home for my entire life and I leave knowing that it will never be the place I was raised in again as it is now a refuge for persons on welfare, food stamps and released prisoners from ECI. Good riddance Wicomico County and City of Salisbury you've been scammed by those that would call you a "BUNCH OF DEPLORABLES" and you serve a cruel taskmaster who has no use for you other than what they can get from you in taxes!

The Obama administration has been caught time and time again in trying to cover-up the truth - from Donna Rice's Bengazi terror attack, to Iran's ransom payment. It seems as though the lies and deception run rhampant in this regime. And yet people wonder how Hillary lost? Finally, the public is onto their game.

I need to WAKE UP...its already been 8 months since Trump visited the shore???

Seems just like yesterday we were watching his plane land in Salisbury; the lines of people on route 50; folks who couldn't get into the school; the hustle/bustle - it was enjoyable and NOT an ess-show that so many wanted.

I heard Trump say just a few nights ago that there were 70,000 US manufactures that have fled the US. And so this has been going on nationally. So disgraceful - and both parties are to blame - but even moreso for the Democratic party. I HOPE EVERYONE IS LISTENING - 70,000 have left.

You can thank our elected congress for passing NAFTA, GATT, and TPP. Actually Hillary is on record for supporting all of the above.

9:25 - I agree 21 days cannot come soon enough for me. Good riddance to the rider and to the horse that he rode in town upon.

Once upon a time almost everythi g was made in the US. Not anymore. The bigger question now is - what is left of tbe US manufacturing. Answer, very little.

Most often I feel like Obama has transformed America to a nation of bums. Seriously, it's like everything I have been taught from my youth is now all of a sudden - wrong.

I wish America could just pay off what is left on Obama's term for his salary and be done with him. He seems to inflict economic damage everyday in office.

I wish America could just pay off what is left on Obama's term for his salary and be done with him. He seems to inflict economic damage everyday in office.

Almost everyday I hear people say they are working harder and earning less. These stats prove just that. Yet the democrats say that the best is yet to come - and claims the slogan - 'Let's make America whole again.' Bah-hum-bug to that!

Thanks! We really do appreciate your organization's investigative reporting. SBYnews is a true Blessing for our community. If we could only get some of the other local media organizations to get on board.

Let's face it, you can put lipstick on a pig, but it is still a pig. Until our political leaders fess-up to reality, the economic development scene won't improve. The status quo has had plenty of time to change the job dynamics in and around Salisbury. All one has to do is look north to what is happening just across the state line in Delaware. Buildings, foundations, new construction of all types, business after business is relocating just north of the MD line into Delaware. My wife and I were just up there a few days ago and we were both awed by the shear nos. of new businesses.

Responding to 11:19 Post - It's all about taxes, property assessments, tag fees, titling, registration, and Delaware seems have the advantage on all. First off, there is no sales tax and that is a big, big, plus, even for Marylanders.

It's the 6% sales tax, that's the big deterrent. Make no mistake about it, when the sales tax was 5%, people would often overlook the extra expense. But when it went to 6%, it raised an alarm and I really believe that it exceeds Marylander's threshold for 'non-productive' cost expectations. And so where do they now go to shop - Delaware, including myself.

Someone informed me that it was illegal for a Maryland resident to go into Del. and purchase a product or products and then to bring them back into MD. Does anyone know if this is true? I just find that hard to believe.

6:07 - Yes it is illegal. But so far as I am aware, MD officials haven't started manning border stations at the main arteries to its adjacent states, although I heard a few years ago that their were some unmarked white surveillance vans - under King Willie Schaeffer governor, that monitored the tobacco shop businesses at Delmar.

Responding to 6:07, If Maryland does decide to enforce entry of foreign state products back into the State, then they'll have to start converting the chicken houses to incarceration camps. By my estimation, there is approximately 85-90% of all Maryland residents that are currently breaking the sales tax law. Just sit at WaWa in Delmar and within minutes and look at the furniture, heavy equipment, merchandise coming from DE into MD.