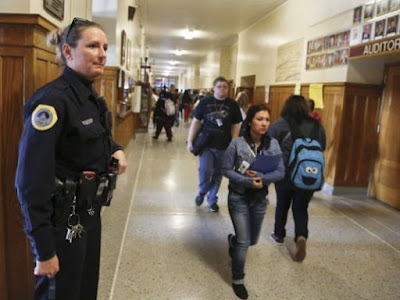 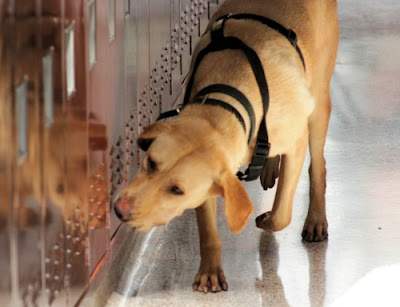 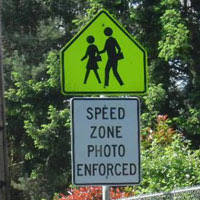 Salisbury News has learned the Wicomico County Sheriffs Office does not have a K-9 Bomb Dog. We're told they haven't had one in two years.

When you look at the images above, one can only wonder why the Board of Education would hire a security organization that is not prepared and equipped to truly protect your children.

It has been proven over the years that the County brings in hundreds of thousands of dollars yearly through revenue with Speed Cameras, all within School Districts. Their sales job was to protect the children. Well, why no K-9 then?

The Board of Education, (funded by you) hires this security service and quite frankly, winging it is irresponsible and questionably fraudulent.

The Board of Ed can spends millions of your dollars to rent new Offices, spends tens of thousands of dollars on Gift Cards, fly staff around the country to go to seminars, are you telling me security isn't a top priority?

With all of the unimaginable attacks in schools throughout this country over recent years, why aren't the funds brought in through speed cameras used to purchase a K-9 Bomb Sniffing Dog?

Don't come on here in comments blaming County Executive Bob Culver or the County Council. They have no say in the decisions, (like this one) the Board of Education makes. Oh, and don't shoot the messenger.
at 1/17/2016 06:00:00 AM

Who is the Moron that allows a sherriffs office NOT to have a Bomb dog? Mike Lewis.

I love this Guy!! Never afraid to be up front and bold about important topic's.....Keep up the good work....I for one appreciate it!!!

They don't have one, but other agencies in the area have 1 or more and can be called to assist, which should have happened!

Guess we should go back to the days of duck & cover drills...

When a bomb threat was called in to the Wic court house in June of 2014 dogs from both Wor and Dor were called in. Why aren't the schools afforded the same precaution?

No more out of town seminars there is one in the works now internet makes it possible to broadcast any info the teachers need. Just like the beginning of the year meeting.look I just cut cost now that wasn't so hard.get the dogs.

Where is the tiny sheriff? I but if the television cameras were there he would be, donning his cammos, loading children into his military assault vehicle, and driving by real slow.

Why do we have to wait for Worcester or Dorchester Counties to bring their dogs? Why don't we have our own dogs? We have drug dogs that bring in hundreds of thousands of dollars when they alert to large volumes of drugs, why not have a bomb dog or two?

They had to get their militarized vehicle instead of a bomb sniffing dog! Priorities people! What is wrong with you all? Heavy sarcasm in affect!

The BOE does not get the money from the speed cameras.

Until recently we have not had a reason to have a bomb sniffing dog. I believe that goes to either the fire marshal or state police that serve us as well

The WCSD has a newer vehicle, a Tahoe I think, that is labeled "explosives K-9." I know Ive seen it in the past two years.....the deputy driving it is an overweight pompous ass.

They don't have a dog to track suspects either! Only dope dogs! And if ones not available from another agency then a criminal gets away! What a p.o.s. sheriff we have.

bomb dogs don't bring in money to the sheriffs office, only drug sniffing dogs. so therefore, kids aren't important, but new tahoes are

Lol. Instead of worrying about and commenting on the situation in Baltimore he should be focused on WICOMICO COUNTY!!!!

Its starts at the top you all shoul be asking Hollywood Shariff Mike Lewis.Maybe you will get some answers. I forgot he's not here .Yes he's to busy giving atraining seminar in another state. Maybe out with Sean Hanity smoozing.Haha u got to love your haard earned tax dollars down the drain.

Salisbury and Wico. are a joke. Everyone complains, no one does anything and then they get side tracked by some new outrageous act like chik fil a closing or getting a cracker barrel. The land that time and sense forgot.

We have bad bomb dogs and dope dogs for years! The tracking dogs none! These thugs out run police and that's that! No tracking!

Training a seminar in another state? What the heck! He should not be allowed to free lance! His job is here in Wicomico 24/7/365!

All this proves is that the police cannot be everywhere and we need an armed civilian force.

We had a problem here at our home at 3am, my husband was attacked by 2 wild dogs, my husband called the state police and reported that shots fired,after 30mins state police hadn't come, we called wicom sheriff office, they here in several mins! Few years ago sheriff Lewis took care of a situation for our family that could have been very serious, he handled it himself. We have no problems with our sherrif, in fact our county is blessed to have this man serve our area. No one is perfect, but I believe Mike Lewis gives his whole heart into a rough, and thankless job. Remember when the govermnt said they were gonna take our guns, Mike Lewis stood firm and said that his citizens are not going to give up they're guns. And no he's not a personal friend of ours, in fact if he heard our name he wouldn't even know us. But with heartfelt thanks,our family thanks you sheriff Mike lewis.

OK, Let's have a new sheriff who does not politic but keeps his nose to the grind stone. A better with his officers would improve things too.

I like your suggestion for the Board to hire a security firm to protect our children. Don't tell me they can't get the money. Any dedicated teacher, administrator, supervisor and superintendent would give up 10% of their salary to save children. They make more money than most of us now. It would be for their security also.