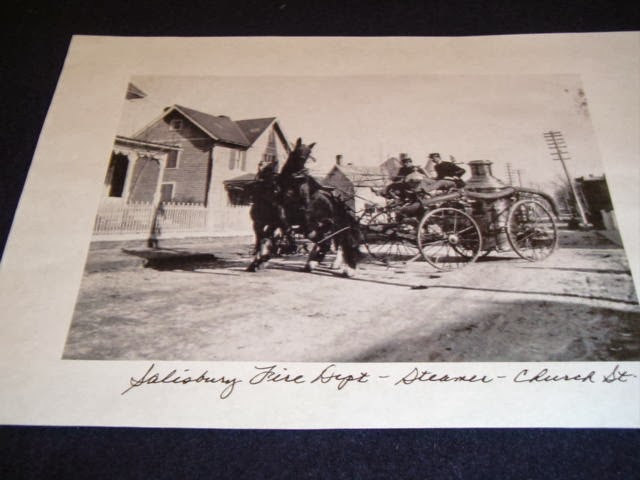 The origins of the names of the streets of East Salisbury as recounted by L. Thomas Parker, Sr. in 1950 in the Salisbury Times.

He recalls that when he moved to Salisbury in 1890 there were only 3 people living inEast Salisbury. They were Mrs. Minnie Tyndall, Mrs. Annie Johnson and John Sims.

The names of the streets were so named for the following:

Barclay St. - after Lacy Thoroughgood’s mother-in-law Lacy Thoroughood was a prominent downtown merchant from at least 1891. By 1921, there is no mention of Lacy, but the company was still in business as The Thoroughood Co.

Martin St. - after Martin E. Hastings
There is no mention is the history books of Mr. Hastings.

Baker St. - after J. L. Baker
John L. Baker and his wife, Maria, lived at 313 Baker St.
He worked for the Baltimore, Chesapeake and Atlantic R.R.

Two other streets in the Newtown area that were named after the daughters of the original owner of Poplar Hill mansion had previous identities. They are:

would you walk down these streets after dark, alone?!

It's sad how this area of town has become so fuxiated.

now it's a ghetto, too bad at one time prominent people lived there and raised their families. How things change!

I have to thank Mr. Joe for having this blog and Mr.Chevallier for his posts. Last weeks post was about Hotel Ester and I posted about being a young girl and walking to the store on the corner of Naylor and Church Streets for penny candy and how the Bozman family was always watching out for us. Well, one of the Bozman's actually contacted me in person! Mr. Joe's blog and Mr. Georges post brought long ago friends to meet again! Thanks to both of you!

These glimpses into the past fascinate me. Keep it up, Mr. George!