Taking Back The Truth 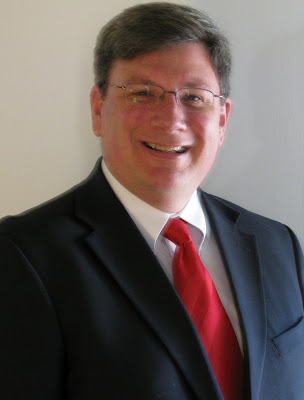 by Delegate Michael A. McDermott
I always got a chuckle out of the “Honest Abe” commercial where Mrs. Lincoln asks her husband the age old question, “does this dress make me look fat?” Fast forward to this past week when Governor O’Malley was asked, “Can you honestly say that Americans are better off today than they were 4-years ago?” O’Malley gave an Honest Abe response...”No, we’re not better off...”

The reaction by his party, and his subsequent efforts to take back those words, offer a revealing look at the Democratic leadership. When your man is the President and has not moved the country “forward” as promised, you have two options: lie, or take responsibility. Their choice is quite clear.

Ironically, within his party, the governor’s only sin was stating the truth. The governor would spend days walking back the truth to the satisfaction of those who wish to live in an alternate universe where good is evil an evil is good.

The president’s policies have not led us “forward”. On the night of his acceptance speech, our national debt passed $16 trillion. His own Dept. of Labor reports that we have only recovered 300 thousand jobs during his term, not the 4.5 million with which the president seeks to cloak himself.

I listened to a speech that was to be pragmatic with direction and I heard a retreaded “Hope and Change”. The president said he had “changed” during the past 4-years, yet this is where he and Bill Clinton part company. Clinton accepted the winds which were afforded him and set his sail accordingly. Obama will not change his tack preferring to command the wind.

We all suffer from leadership that will not take responsibility (“The Buck Stops Here!). If you cannot accept that your policies have failed, you will not change direction and our countrymen will continue to suffer. When you cannot create your own wind, that’s when the whip and oars come out as you determine to tax and regulate your way “forward”. Marylanders know all too well how increased taxes and a punitive regulatory environment are not the pathway of prosperity.

Tears and emotional pleas will not fuel our economy. False narratives and fear mongering are a pitiful way to ask Americans to give you another 4-years “to get things right”.

This man is a freaking legend. Mike McDermott for president! I have known him since little league.

There has never been any doubt in my mind that Maryland's Bloviator in Chief would screw up but never did I imagine he would do it at the start of the Democratic National Convention. The timing could not have been more perfect for the GOP. What Omalley said ended up dominating the news for much of that day and days after which is exactly what the GOP wants to happen.