When The Wicomico County States Attorneys Office Goes Too Far 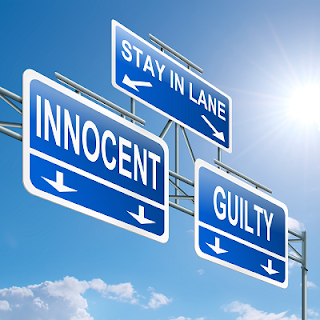 The other day I happened to be in Court listening to several cases and one really ticked me off.

It had to do with a Father and Son who got into an argument that escalated into a physical altercation. The Son is 14 years old and was feeling his oats challenging his Father's requests, which were extremely reasonable.

When the Son confronted his Father and tried to push him out of the way, the Father pushed back. It escalated to the point the Father felt it necessary to take the child down. No punches were thrown but because the Son had a bruise on him, the Father was arrested and charged with 2nd degree assault.

All I kept thinking the entire time was, WOW, I should've been locked up numerous times, (with 5 boys) because while I never threw punches, our situations were a LOT worse.

I felt so bad for this Father who seemed to be a very honorable man who carried himself extremely well. So now we can't be a parent. We can't stand up to our children without the threat of being arrested for parenting. We have to hire a criminal lawyer, which usually costs several thousand dollars. We have to bow our head, hope and pray we'll get a Judge who understands and hopefully is having a great day.

Fortunately they had a Judge who saw right through the crap from the very beginning and threw the case right out of court. Shame on the SPD and the States Attorneys Office who could not tell the difference between child abuse and what it takes to raise a young man. What a damn shame!
at 7/16/2017 06:00:00 AM

Who was the judge?

And then people sit and ponder the breakdown of society...yet we won't let parents parent.

Unfortunately, we have what's called a Child Advocacy Center that all the middle and high schoolers love to abuse. I had an argumentative daughter who wrecked my family room and when confronted, ran out the back door right into a big tree making her face bleed. She proceeded to a neighbor's house to call 911 and I wound up in jail for it.

I have no use for the CAC.

Amen!!! That why the world is the way it is. There's nothing wrong with getting a spanking!! I was never abused but my father had a old razor strap which I received one time. But it
Definitely made me think twice if I was going to do something wrong!!! Problem solved!!!!

Remember the video from the other day when the officer was fighting with the thug? When the kids are allowed to get away with anything and everything that is how they turn out. The time outs and "don't do that again" or I'm going to count to 5 (5 times) is not working. At least the judge was smart enough to figure this out. To bad the SA wasn't and wasted money bringing this case to trial. I hope that child got his butt torn up when he got home

8:37, I chose not to expose the Judge or the gentleman charged. It's not important and quite frankly I don't want a thousand comment attacking the honorable Judge as 50% of the people he deals with are happy and the other 50% are pissed. The bottom line is, he was very impressive and is clearly a FATHER.

I'll never forget the former Director of the Salisbury Zoo Jim Rapp filing a peace order against me because I has stated in an e-mail to him, "I wouldn't trust him as far as I can throw him". The Judge said, this is what your peace order is over? YES, it's a threat, Rapp said. The Judge said, NO ITS NOT! Rapp replied, YES IT IS.

That was the end of Rapp's peace order and the Judge said, I can't tell you just how many times I've said the very same things to my kids. He threw the case out of court.

While I agree that in this case what happened was not child abuse and the judge made the right call, I disagree that the only way to raise a well behaved son is to get physical with them or hit them. My parents used physical punishment. All 5 of my siblings and I turned out to be productive members of society and relatively good people. In some cases, that is in spite of the physical punishment, not because of it. In my brothers' cases, it was the Marine Corps that turned them around, not my father's belt. We have never once hit our son, not even a slap on the hand. We did use time outs and took away toys and privileges when he misbehaved. We were very consistent with following through with repercussions for bad behavior and we never disagreed in front of him on how to discipline or raise him. Disagreements were discussed privately and decisions were presented as a joint parental decision. He recently graduated from high school and is a well behaved, polite, hard working, intelligent young man. Physical punishment is not necessary, consistent demonstration of consequences and firm boundaries of what is acceptable are the key to raising a well behaved child.

9:18, I/We are NOT encouraging beating any child. I am saying, in this case the child was out of line and had a pattern of disrespect. IF you had been sitting in the court room and heard just how well the Father has been raising his children you would've agreed with his choice to let his son know who's head of household and you WILL respect your parents.

The States Attorneys Office wasted the Courts time in this exact matter, no questions asked.

The police intimidated my son so bad a few years ago for getting in a fight with a kid over a girl. This was 2 weeks after his 18th birthday just accepted into the Navy. Leaving for the Navy in July that year. They arrested him! They threw him out of the Navy and three years later we are still trying to recover from this incident. What I am trying to say is we all know what its like to be a kid, emotions are high. We do things as a teen and beyond we all should be arrested for. Face facts. Our wicomico county Police are not being taught to police. What were they thinking let me arrest you for parenting? Why not get child protection services involved rather than a court? Now the dad is probably scared to parent completely and the kid will have to live with that forever.

The States Attorney's Office has been interested in charging and convicting as many people as possible to make their numbers look good. In fact, I was told by someone in their office that it is the responsibility of the accused to prove himself innocent, not the responsibility of the state to prove the person guilty. Anyone can accuse anyone of anything, and, once accused, people tend to believe that the charges must be true if they are brought forward. Luckily in this case, the father had a judge who wasn't just about a conviction rate.

Joe - this is 9:18, if you read the first sentence of my reply, I agreed that the father in this case did not abuse his child and the judge made the right call. This case was wasted taxpayer money. I'm not saying that anyone is encouraging beating a child. I am replying to all those who are saying that physical punishment is the only way to raise a well behaved child and that time outs and no's don't work. They do work, when used consistently. My siblings and I turned out well not because my parents used physical punishment but because they used it consistently. There was no question that there would be a repercussion of misbehavior. The problem today isn't that people don't use physical punishment (and there are plenty of cases where physicality is not abuse), it's that parents aren't consistent, they don't set boundaries and hold their children accountable if they cross them. They want to be friends rather than parents, and that is to their children's detriment.

Thankfully this father got a judge with some common scenes. We need more "Judge Judies".

Child protective services is not the solution, they have less common sense than anyone. Their first move would have been to call the police and have the father charged.

Salisbury States attorney will lock up a father but allow known THUGS OUT for gun crimes .. there a JOKE.

Ive been teaching in this county for 20+ years and have seen the kids use the system to get themselves out of trouble. If they do something to get in trouble they make a false allegation about a teacher. The teacher automatically gets suspended (with pay) during the "investigation" and the student gets off of any repercussions. Happens all the time. They play the system.

HA!
Your child wants to call some strangers to help them when they get punished?
Go ahead.
Make sure they have made some arrangements for their food and shelter, too.
You want to manage their life (and mine, too?). Go for it. Be ready to take over. Completely.

Exactly it's complete bs and cost money and resources that people just do not have. It's a money scheme.

The State Attorney's office nor child services should ever be involved in the middle of a parent disciplining their child unless it's excessive. The probably with our world today is too many cooks in other people's kitchens, weighing in on things they know nothing about. There is probably a whole 10 years of history behind this thing that only the Father and Son could understand. Without knowing this history, no judge can possibly understand what led to this final 'blow' so to speak. Courts are now becoming the kindergarten teachers and daycare providers rather than administering law as written. And lawmakers are just pansies without any sense for the privacy of others and the need to get their noses out of everyone's affairs. If they wanted to do their jobs, maybe they should concentrate things within their purview instead of trying to intervene in a family's PRIVATE affair.

Must be some liberal pos judge making more snowflakes that will never be a man.

This is why the court dockets are full, parents have lost their rights to be parents and every now and then a judge sees through it all fortunately like in this case.