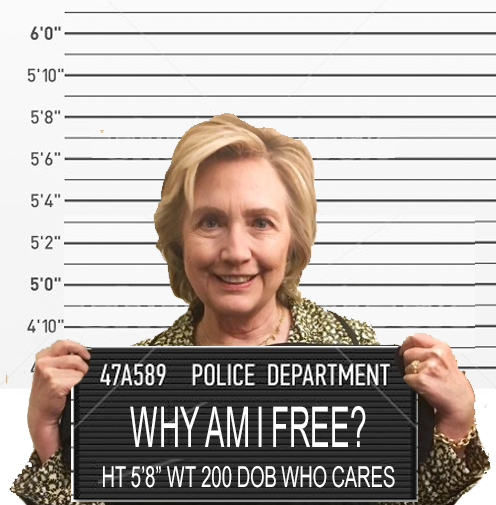 Couldn't we say this about some of our local riff raff?

Love it I would buy one if i knew were to buy one!

Love it where can I get the T-shirt?

I am also SICK of seeing this failure out in the media. Drop the nasty woman along with the Russians.

It's the Grand Mistress of the No Longer Relevant Club!

The irony of you not letting this go while condemning the continuation of the Russian meddling investigation...

1:41- Look up irony. Hillary is a crook. Her illegal actions have been proven, but former FBI director, Comey, let her off the hook. Now with Trump, there is a witch hunt with no proof of anything illegal on his part. I fail to see what you are talking about being ironic, other than she is walking free, while Snowden is a wanted felon. That is irony, in a twisted sense. It sounds like you're the one who can't let the Russian collusion accusation go.