We Are ALL Racist Now 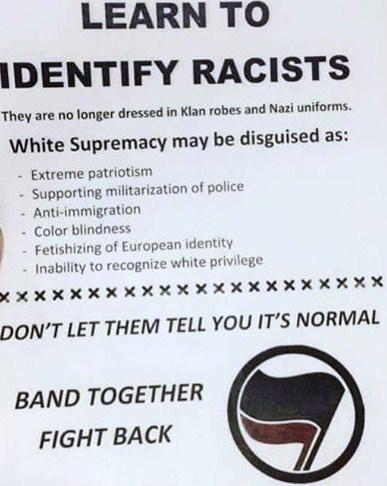 It's called Fascism and it's coming from white liberals

Then i am a PROUD RACIST as are BLM and the black Panthers.

Our society is under the spell of mind control executed by intelligence agencies and corporations who have become extremely competent in their task. Mind control has been studied and perfected since the very beginning of media (books, magazines, newspapers) and perfected with newer technologies (radio, television, computers). The operation is total in its scope and includes the entertainment industry (television sit coms, drama, and music). We are constantly being bombarded with propaganda intended to affect our attitudes about all topics.

The topics include the destruction of the pillars of society as defined by Karl Marx: Family, religion, gender, race.

The racial mind control is only a part of the conspiracy against the population. It is helpful to keep in mind what one of the greats had to say about mind control / propaganda, Josef Goebels. He claimed it works best when the population doesn't realize they are being propagandized. That is so true. We don't even realize what is happening to us as we listen to music and watch entertaining programs on television. We are being subtly convinced to believe certain things which benefit not us, but those who wish to be our masters.

some snowflakes are looking for trouble

Fortunately there are enough of us "sane" people that this tactic won't work on...and most of us are armed and trained in self survival. When the real crap hits the fan...it aint gonna be pretty....and we will prevail. I for one hope it doesn't get to this point....but I'm ready.

The government is trying to incite a race war. It's not white privilege, but government privilege that is the problem. By pitting one group against another, they are trying to distract us from the real problems we are facing like high employment, low wages, and out of control taxes and government regulations, that is causing hardship for everyone.
This economy is collapsing and they need someone to blame. Lets decrease the population with a civil war!

I am among the worst cis white female

Why don't you leave the country?

Instead of running from Racism maybe we should embrace it.

The only racist I know are liberals.

This makes everybody who is NOT a racist, a "racist".

Just look at the list! These people need a 100% adjustment!

ANTIFA is everything on that list and more. Funny. They're hunting themselves.