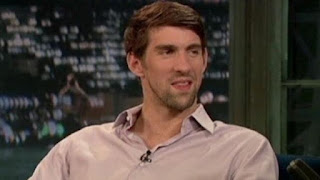 BALTIMORE —Michael Phelps has made it pretty clear that the Summer Games in Rio was his last Olympics.

If it is the end of his swimming career, Phelps will retire having won a record 28 Olympic medals, 23 of which were gold.

Many in Baltimore wonder how should be recognized locally for his accomplishments. Some have suggested a statue that would go alongside similar ones for Johnny Unitas, Ray Lewis and Brooks Robinson to name a few.

“I think that's a great idea,” one Baltimore resident said. “He's the best all-around athlete there is.”

If Baltimore passes up on it plenty of other cites will be happy to honor him with a statue.Baltimore depends on him a lot more than he depends on them.

Here we go again!!! Two time DUI conviction marijuana user but because he's an athlete we want to imortalize him!!

BLM will protest because a white guy is getting a well deserved honor!!!!

He isnt black ,wouldnt they complain ??

In honor of the ancient Olympics I think it should be nude.

Of course they should! He's worked hard to get where he is so what if he smoked pot and got caught. All of us tried pot and or drank when we were young. If you say you didn't then you're a bore and probably a Liberal

Hell No! And leave the Confederate Statues alone while you are at it!

1:35 I guess any mistake you ever make damns you forever then. People will find any reason to destroy a great thing; I'd be happy to see a Phelps statue in my hometown.

Whatever, a few years down the road the blacks will claim he is a racist due to being white and demand it down. That is if it last through the riots before then.

1:35 PM, are you perfect or have you ever done anything in your life that you shouldn't have, and you overcame it??

1:37 I agree Black Lives Matter won't allow it, however if he was Black it definitely would agree with them.

To 1:35:
I'm usually not this forgiving, but considering his age when the "bad stuff" happened and the fact that, for whatever reason (financial, health, competition, etc.) he sought out help and got his life straight, he should have the accolade.
If I'm any judge of character, he's one of the good guys. Even with his past, he'll be a damn good role model for any kid.

Where do you place the statue? Not at the baseball or football stadiums. If you put it at a public pool it will get destroyed. How about out front of police headquarters!

1:35 When fathers abandon their families it does a lot of damage that reveals itself later on. Michael Phelps has made mistakes as a young man and is getting help. He is taking responsibility for his actions. As for his swimming and Olympic record he does deserve a statue.

I don't necessarily believe a statue is in order.
It is swimming event. You know?

Seems like statues would be reserved for great leaders or those who sacrificed themselves for the benefit of others?

There should be some sort of sacrifice for a statue.

Give him a statue....after he dies someday, not before.

4:20 - How far and fast can you swim? Have you trained for anything other breathing? Rocky has a statute and he wasn't even a real person.

They did one for Ray Lewis and he was a murderer. That's a lot worse than phelps dui and refer

People forgave me for the Brinks job,so anything Phelps did pales in comparison.

What exactly is so GREAT??? your country is coming apart from the inside out and you want to idolize some jackass because he's a good swimmer. Something wrong with this country when we put such a high standard on sports

It's ridiculous to think someone deserves a statue because their an athlete. Anybody else but Michael Phelps more than likely would have done jail time for his actions but not the golden boy. No teachers for your public schools, ongoing riots and racists attacks, healthcare and cost going to crap but we need to prioritize and make a push to recognize athletes because they contribute SSOOO much. What a joke

Yea @4:20 I agree how about a statue for the REAL hero's giving their lives for the rest of these numb nuts to act like jerks and be rewarded. Your next crisis is coming soon when their forced to reinstate the draft because no one wants to volunteer to be a pawn in this corrupt countries game

I would love to see how long a statue of Michael Phelps would last in the city of Baltimore!! I say go for it the BLM will have fun with that one

I wouldn't call him an "all-around athlete". He just swims. He doesn't have a sport for each season.

Hey how about a real statue for real hero's like maybe some of these guys that have fought and gave their life for our freedom?

Maybe not a statue, however, a well deserved memorial of some kind, perhaps at the pool where he got his start.

how about give him a gold medal?

Oh, that's right. He already has a bunch of them.

I'd like to see efforts towards more important things first?

But I guess important things aren't as high priority as saying WOO HOO to a sports athlete - aka an ENTERTAINER.

Michelle I mean Michael Phelps the next Bruce I mean Caitlyn Jenner!! Yea all the glory and gold medals really make a difference

YES, and also include a Bong.

What a F-ing joke. What is it with you people and sports athletes? Like previously posted its nothing more than entertainment now days! The only fools are the ones that actually spend ridiculous amounts of money to support the athletes and owners

no one should have a statue or memorial until they are dead. Just my opinion. And Ray Lewis???? Please - a statue for a damn murderer? That shows you how idolizing "celebrities" and "personalities" have distorted our own value system.

Sports are just a diversion to keep the dumb US masses content while the country falls apart. Overpaid athletes, many of them with criminal records, who set bad examples for youth. There are as many criminals in the NFL and NBA as some local detention centers.

I wish you ALL were more concerned with the racists you elect year after year pulling down statues of our history and heritage.

Millions of people idolize jackasses because they make up and chant crude, vile, misogynistic, racist babble that doesn't even rhyme...an athlete with determination and self discipline is a much higher standard.

BLM has no right, or authority, to "allow" or "not allow" anything. Only if people give them that power. Don't give in to their selfish, fascist bullying.

Excellent point. Then again, he's black. That excuses everything.


Think Freddie Gray should have his first, he single handily changed national use of force policies across the nation.

I think it would be safer at the pool.


Phelps deserves big statue. One that can be seen from Bay Bridge. With just a could of weed and DUI busts he's easily the most upstanding and least criminal resident of Charm City!

Before siting the statue they should ensure there are enough pigeons and gulls nearby to do it full justice.

F. NO! And leave the Confederate Statues alone while you are at it.

BTW, he is white and the thug politicians will find something "Racist" about him.