Will These Two Continue Bashing Trump After He Wins The Nomination? 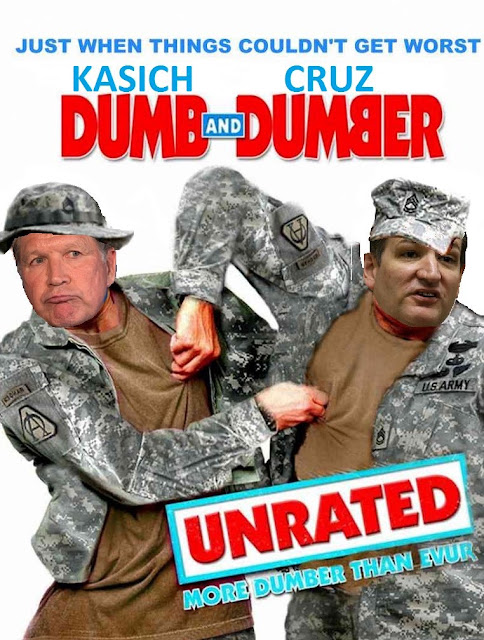 Not all of us want to support someone so asinine as trump. I never see any funny graphics about trump like you have done for the rest of the candidates either Joe.

7:25, Because we support Trump on this Site, let's be honest. I'm sure if you want to get a laugh against Trump there are some Websites out there you can visit as well.

Just so happens I love Trump along with many other millions of people 725AM That should be telling you something especially after this week when "Dumb and Dumber" joined up with each other hoping that will
score them a win. If anything, it probably hurt them even more. Get a grip!

I saw many, many Trump yard signs, but no Hillary, Bernie, or Cruz ones. There's a few Bernie bumper stickers, though. Then again, there's still mouth breathers out there sporting Obama stickers.

7:25, is your Obama sticker sun faded, or did you get a new one recently?

They reek of desperation.

Cruz picks Fiorina, hoping she will help him in California. Give me a break!

Your response is exactly what I mean about some of the trump voters. If someone says they don't support candidate A, it must mean that they support candidate B. He has yet to explain how we will do anything he spouts off yet has the most support because he says what you want to hear. I want to see the things he is saying he will do but see no plan at all. And this is 7:25

When Trump gets the nod they will all make nice so they can get a nice appointment in Trump's administration. That's how it usually goes. Maybe not with Trump though.

I think they both will just slink away in the night. Cruz, no doubt, back to his coffin.