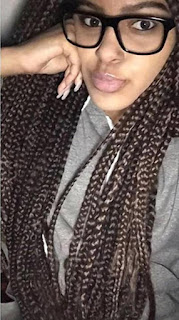 The fatal school bathroom assault of a Wilmington, Del., teen will lead to charges for the students involved later this week, police said Monday.

“One of the things we did not want to do is rush to judgment and press charges that could possibly be overturned,” Cummings said at a town hall meeting Monday night. “I don't know that they truly understood their actions but there are heavy consequences they will have to pay as a result of this.”

CBS News obtained a cellphone picture showing an unidentified girl punching Joyner-Francis, a sophomore known to her friends as often playing the role of peacemaker. Investigators haven’t released any information about what led to the assault, and detectives are looking into social media posts and phone records as they interview witnesses.

And yet, here in Salisbury, we have students who have assaulted teachers, assaulted the school deputy, smashed out windows in a police car, and they remain in school, roaming the halls at will, never going to class, daring anyone to ask them why they're not in class. Teachers are told not to talk to these kids because they are too violent. Safe Schools? Yeah, right.

where are the adults in that school?

Why haven't they been arrested for involuntary manslaughter, or negligent homicide, Assault, or some other type of crime? This is another case like at SU, right?

Why haven't they been charged with murder?

It's only a matter of time before the government takes kids like these and puts them in camps and barracks in the middle of nowhere for some intensive and lengthy social acceptability and wellness orientation.

That was tried years ago with military-style "boot camps" for juvenile offenders. People decided it was too tough and mean on the little cupcakes.

Well, it's time to reexamine the concept.

If white girls had beat a black girl to death it would be all over the news and arrests made, this is BS for sure!

Ask about the assault and battery that occurred at Mardela yesterday: an African American female on "special permission" brutally attacked and bloodied a Caucasion female--no charges filed as the BoE covers this up too...You don't have to look at Baltimore any more...

It is becoming very frightening to be of a certain race in this country.

Speaking as a teacher, parents would be shocked to know the amount of violence that exists in schools almost daily. We're told to ignore it, to not confront the child, to understand the culture. This is being perpetuated by only a handful of kids. But everyone seems scared of something! Thug culture (both Black and White kids) rules the schools. Cell phones are out and used all day long by students and teachers are encouraged to just ignore it.

These "special permission" students are being transferred between schools whenever they become too violent. So they take their violent mentality with them and it infects other kids.

Mardela is out of thug territory so it had to be a special permissions student involved.