WHAT RECOVERY? 9.4 MILLION MORE AMERICANS BELOW POVERTY LINE THAN PRE-CRISIS 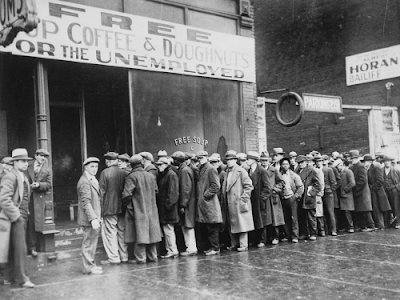 According to Janet Yellen, we are still on pace to raise rates in 2015. While the rate hike was supposed to happen this month, it got derailed by the August market selloff, volatility in China, lackluster work force numbers, and a variety of other factors.

Despite the Fed continuing to kick this down the road, they continue to claim that we are in the middle of an ongoing recovery. There’s just one problem with that: things are getting worse than pre-crisis levels for millions of the poorest Americans.

As long aa is living in a home which he conned a old woman out of and has daddys cash everything is ok the great con man.living large.

The American people are being sabotaged by their own government with this complete and total incompetence along with all the corruption, and it will not stop until people take a stand. This is what happens when people put more precedence on political correctness than financial stability.

Pack up your break out bags, the worst is yet to come, the national naivete is so thick now you could cut it with a knife. How's all the "hope" and "change" working out for you ?

But Obama has increased jobs. Just ask Chuck Cook and Jim Ireton. Oh that's right they are counting the thousands of people working 2 to three jobs to make ends meet and to pay for Obamacare.

After 7 years of obama's inept mismanagement of everything, and the Republicans acquiescence to the democrat agenda, does he still claim it's someone else fault that 90 million people don't have a job? 90 million. That welfare rates are higher than ever? That world leaders are so disgusted by him that they laugh, ridicule, and like the British, LECTURE him on the BS he's trying to lay on everyone (like its not just muslims who are extreme -- Christians regularly burn down mosques, invade mosques and spray automatic weapons into the congregation, set their daughter on fire, blow up aircraft, bomb trains, put standing armies on the field to take countries over, and murder innocent people by the thousands). Yep, Mr. president, its not just muslims. We don't know who else YET, but there has GOTTA be some murderous Christians SOMEWHERE (maybe in abortion clinics?).
One can only maintain that there are dragons and fairies for just so long before (like the British just did) someone stands up and says "hey dumbace, you DO know that what you are saying is total, lying, crap, right?
Keep cheering.