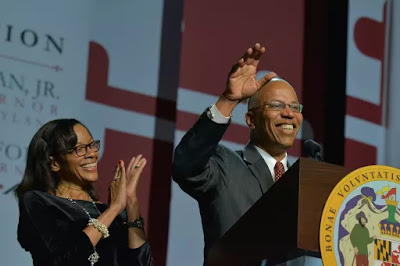 The Maryland Board of Public Works voted Wednesday to defer a vote on nearly $300 million in contracts submitted by the state Department of Juvenile Services after raising questions about the size of the contracts and the state’s need to rein in spending.

Comptroller Peter Franchot (D), who sits on the three-member panel that reviews all major state expenditures, criticized the agency for seeking to spend $297 million to provide services to 860 children, or about $346,000 per child.

Lt. Gov. Boyd Rutherford (R), who was filling in for Gov. Larry Hogan (R) as chair because Hogan is on an overseas trip, said he shared Franchot’s concerns.

Marylanders need to demand accountability in government. There is no reason for the cost to be $346,000 per child. Look at the cost to raise our own children and the cost to raise the children should be similar. I am appalled that taxpayers are being robbed in this way. Who is getting our money!!!!!

The average cost in the U.S. to raise a kid to age 18 is just over $245,000, from diapers to diploma.
As per the article, the actual cost of providing juvenile services to a child is about $100,000, leaving a $246,000 overage in the proposed amount, a figure which slightly exceeds what it costs to raise the average child to age 18.
Given, these are not "average" children, but to triple the amount that DJS services actually cost seems more like the creation of a slush fund that will be drained by "service providers" and vendors that will come out of the woodwork for their share of the pot once they smell the blood in the water.
I hope that the Governor and staff can see through the ruse and put a reality-based dollar limit on the program.

Add in the fact that children in foster arrangements are more likely to be abused than when they stay with troubled families.

Certainly, it would be a lot cheaper to give parents with children adopted out of the system a $10,000 tax credit every year until the child reaches 18. Lots of good people would like to adopt, but in some instances the cost is more than $20,000. There would be plenty left over for social workers to check in on the kids and still show a gigantic savings to the tax payers.

Those familiar with public schools know this scenario. NO AMOUNT IS TOO MUCH TO SPEND ON AT RISK KIDS. NO AMOUNT. There's nothing to show for the spending and the results are abysmal, but we seem to think we can motivate students to become taxpayers when they know all will be provided free if they never work a day in their lives.

With public education K-12 costing $221,000 per student, the rest should pay for their delicious meals! THREE CHEERS for Boyd & Peter!

Finally putting a stop to stealing taxpayer's money. If the dollars were going to Baltimore for any reason, the money would be deferred into a handful of pockets. There really needs to be a close monitoring of moneys going into Baltimore from the Mayor's office and all the agencies in between.

Where is the Forensic audit and firing of these crooks? Also Why is a Foster Parent being paid when they have no Foster Children? Why is the Foster Parents paid a check including healthcare etc. until the Child is 18 after they have adopted that Child? Talk about the State being scammed and screwed over. When you adopt the Child, the child is under your care and you provide everything as if they are your natural born child. The State should no longer provide monetary assistance.