Has Jimmy Fallon Gone Mad With Power Since Taking Over ‘The Tonight Show’? 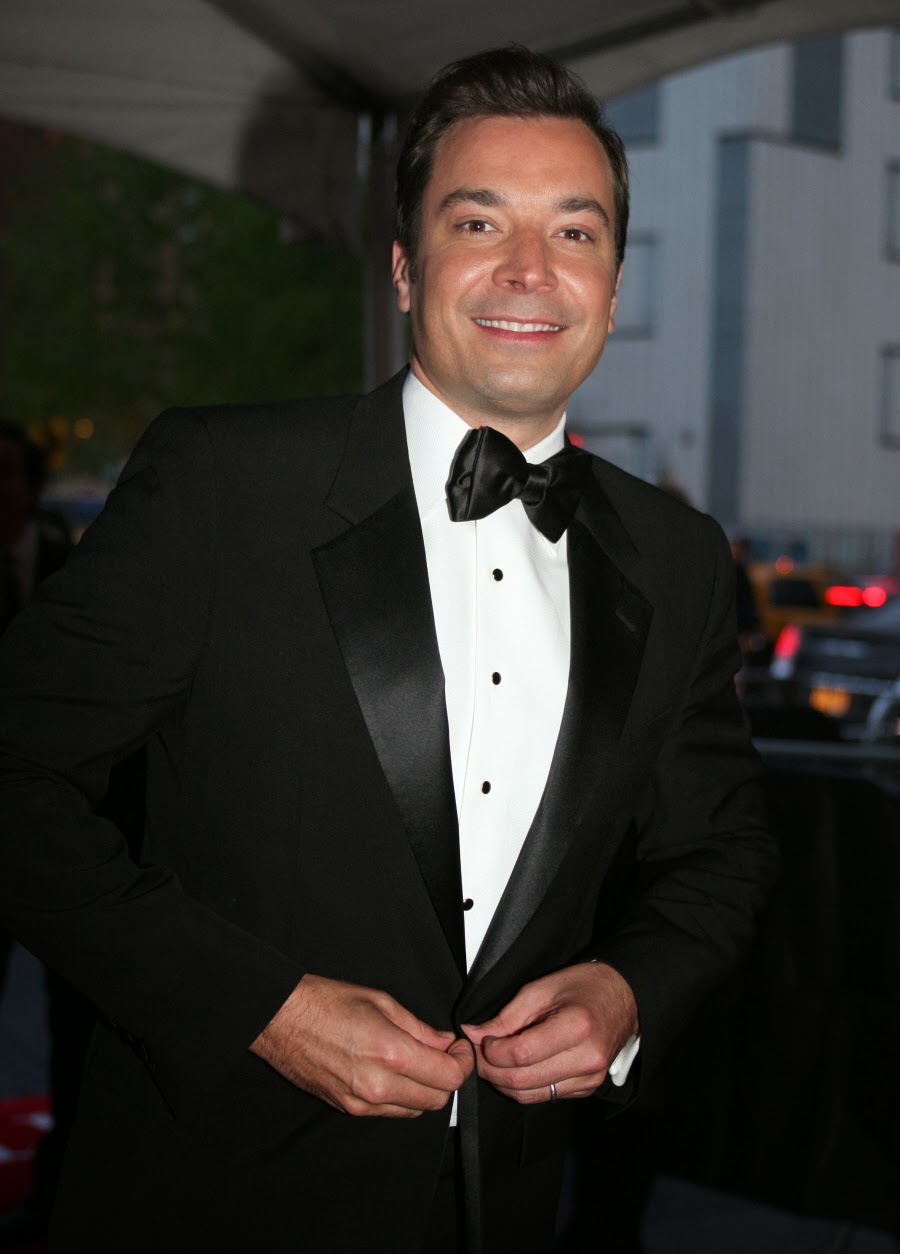 I just wanted Jimmy Fallon to sound villainous! I don’t actually think this is on him, at least not entirely. First of all, it’s somewhat common for the big late night shows to “block” their guests from appearing on competing shows. Like, in the old days, if you were an average top-tier celebrity, you would only do Leno or Letterman, not both. Letterman wouldn’t want you if you had done Leno, and vice versa. But TMZ reports that with the successful transition to Jimmy Fallon hosting The Tonight Show, the people at NBC have gone mad with power:

NBC is coming down like a hammer on celebs who want to get on Jimmy Fallon’s show … if they dare do a show on CBS or ABC … they can forget about “The Tonight Show.”

Sources connected to CBS, NBC and ABC tell TMZ … the Peacock network believes Jimmy Fallon’s ratings success gives them extreme bargaining power. They put the word out to celebs, agents and publicists … if they want to be on Fallon they can’t appear on ANY other network … and not just shows that go head-to-head with Jimmy, but morning shows as well.

We’re told NBC is saying the stars who go on Fallon are also allowed to appear on “Today,” “Dateline” and any similar shows they air, but that’s it.

A GMA source tells TMZ … they’ve already gotten fallout from people they were trying to book.

Fallon is dominating late night …. crushing Jimmy Kimmel by bringing in more than twice the number of viewers.

Been watching him for a while and really enjoy his shows.the older people should stick with grumpy old letterman

We want Leno back!!

Never watched either and do plan on starting.


Zapped the cable a while back, and the sun continued to rise in the East each morning.

Jay was the best by a country mile; not even close.

Used to watch some of Dave but he's been lame for quite a while. When it came out what a lecher he was and what a miserable human being was the final straw.

Kimmel has little to recommend him; skits starring his sidekick are only portion even remotely amusing.

Fallon is talented, but his old show was targeted at grade school humor, on a good day. He's a poor interviewer. Unless he's modified his approach dramatically in replacing Jay, he will be gone pretty quickly. Currently he's being buoyed by being a new face in the time slot. Don't think he'll do any better than Conan, and Jay won't be there to bail NBC out.

Conan, also ran then, now and down the road.

'Guests' and their backers (movies, books, music groups, etc) want the exposure on all the networks; they'll get it, and NBC will have to eat some crow when this move backfires.

I find it really hard to believe because Fallon sucks!!! Probably all the Liberal celebrates want to be on his show. I believed NBC started sucking when Jerry Seinfeld went off the air! Leno was the only thing worth watching!!!

Coming to an Obamacare Liberal Doctor near you.

Sadly, we live in an age where so-called entertainers like Conan and Arsenio actually get standing ovations.
In my opinion, no one comes close to the quick wit and interviewing skills of Kimmel. Why he wasn't chosen to fill that slot eludes me.
Fallon is a one-trick-pony. Letterman is a egocentric fool, and not much more than a schoolyard bully when it comes to comedy - especially political comedy.
Carson, because of the people he followed (Steve Allen and Jack Paar), set the bar extremely high.

Can you say the beggining of a COMMUNIST MEDIA.