City Of Salisbury Employees Paying To Keep Their Jobs? 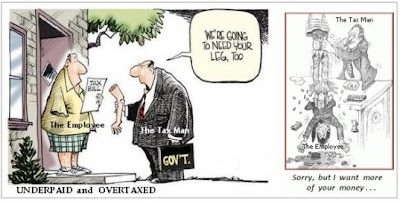 While Mayor Ireton and Council President Jake Day pound their chest in excitement over the City of Salisbury employee pay raise of 2%, they failed to tell you they raised health insurance by 22% to those very same employees.

It 'was' their election to lose. Lost it!

Everyone is taking an increase in Health Insurance, and most people are not getting any raises at all.

When you have a homosexual pansy mayor and Fake Day the urban planner and you put the two of them knowing they are both liberal democrats who dont know the meaning of a balanced budget. But low turn out and low information voters this is what happens.

10:52 -Don't make excuses---goes to show just how incompetent most governments have been.
Most if not all governments (esp in MD) where flush with money not so long ago due to overinflated real estate. Their attitude was to spend it instead of doing what a prudent person would do and save it. All sensible people knew the bubble would not last and many told these spendthrifts that but they chose to ignore and kept on spending.

Joe, public works employees have had pay cuts every year for 8 years. During that time health insurance has increased every year, they were furloughed, their retirement contribution went from 2% to 7%. Police and Fire have received several raises during the same time. Nobody begrudges those departments raises, but at some point the rest should be taken care of. We have already seen nearly the whole engineering department leave and key personnel of nearly every department have gone. Of course some of the losses can be absorbed but the public would be shocked if they understood the knowledge of Salisbury that has walked out the door. Why do you think Pick left? He saw the writing on the wall. I'm for shrinking government but I also think we should take care of the performers. There is no functional merit raises in the city. People like Lore Chambers get 24% raises in a year but the girl taking irate phone calls or filling pot holes lives on $20,000 a year. Of course that's before $1,400 comes out for retirement and another $2,000 for health insurance. None of even considers taxes. 17% gone right there. They need to bring back MERIT RAISES.

Fire hasn't had a raise in 6 or 7 years except what is coming out of their checks. Police just got a raise last year.

I still for the life of me cannot figure out how the SPD received raises AND 6 new police cars.

WHY DO THEY NEED THIS?

Their performance does not merit any type of raise. Nor do they need new police cars.

I would like to see someone justify spending nearly $60,000 on 1 police car. Please, humor me. It is completely unnecessary and should be considered improper use of public funds.

Its not like a raise is a one year thing. Its a raise. Meaning that were going to have to keep paying for that raise, year after year.

The new PD cars cost $23,000 per car. My question is why are they still parked unused 3 months after delivery. $60,000, they would have to be made by BMW not Chevrolet!

Joe, the city spent $40,000 on a pay study that has concluded. Why hasn't it been released? Public / tax money was spent on this study so it should be made public.

Chambers has been underpaid for seven years. It's about time she gets some fairness.

Sounds like they need to write more parking ticket to get that raise.

If they want more parking fines, they should enforce the "handicap" parking at the Rt 50 Post Office. There's a fortune to be made there...