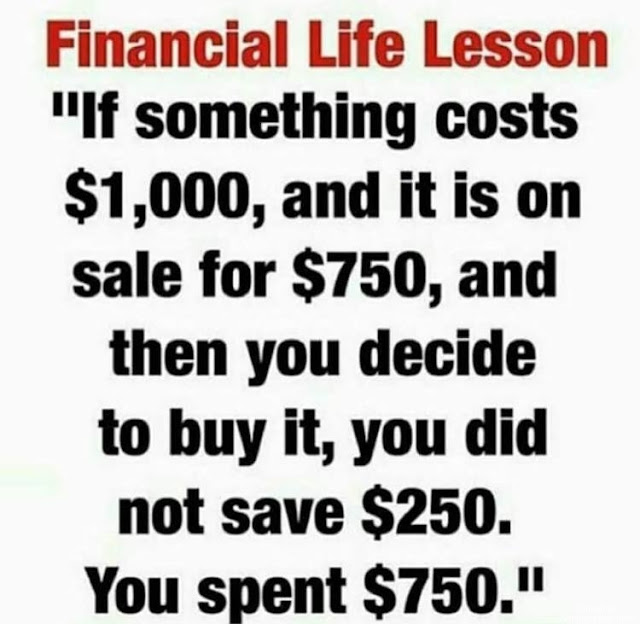 Actually you did both.

That's how they teach common core to indoctrinate liberals!

Best advice. Pick something up, then decide if it is a want or need. If you are homest with yourself, chances are you will put it back.

We learned that when we were 14. It's not rocket science. Every kid knows spending money is not saving money.

And yet many fully grown adults will go out and buy something they don't have to have, because they THINK they're saving money. Yes, they will even buy things on credit, to "save" money. Borrowing money they don't have, to "save" money for something they don't have to have. I know a 53 year old that doesn't have a dime to her name, has stiffed every creditor that had the misfortune to loan her money, lives hand to mouth, blew an inheritance in less than a year, and is now a welfarie that can't even hold a job, because everything she makes, she owes to somebody else. Many years ago, she told me she had a Sears credit card that wasn't maxed out, so she said she was going to buy something because that "money" (credit) was just sitting there not being used. I knew she was hopeless even at that point. It has played out just as I expected. Fiscally irresponsible people are a dime a dozen, and are easily duped by marketing tactics.