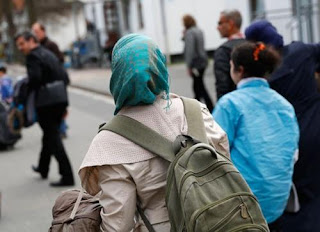 Hundreds of thousands of migrants who’ve appealed decisions by Germany’s immigration courts have brought the country’s legal system to the brink of collapse, a German judge warned on Friday.

More than 1.3 million migrants have arrived in Germany since the beginning of 2015. Since then, the sheer number of cases filed has overwhelmed the civil courts of the country, said Robert Seegmuller, chairman of the Association of German Administrative Law Judges, speaking to the publishing house Redaktionsnetzwerk Deutschland.

“The situation is dramatic for administrative courts,” Seegmuller told RND. “We are now completely stretched to our limits.”

Seegmuller had been complaining since spring about the number of lawsuits being filed against the Federal Office for Migration and Refugees. Thousands of applicants have challenged decisions delivered on their cases by the office, including deportation orders back to potentially unsafe countries such as Afghanistan. RND estimates there are approximately 250,000 asylum-related cases waiting to be brought before the courts.

Who is running this country? Sounds like they were influenced by obama.
Of they were , obama made them what they are today and what they will be tomorrow , another muslim country.(Germania)

Obama and Merkel did a fine job, didn't they?

Islam is Tolerant of Other Religions The Myth: Religious minorities have flourished under Islam. Muslims are commanded to protect Jews and Christians (the People of the Book) and do no harm to them. In Sura 109, the Quran says, "To you, your religion. To me, mine." The Truth: Religious minorities have not “flourished” under Islam. In fact, they always dwindle to mere shadows after a few centuries of persecution and discrimination. Some were converted from their native religion by brute force, others under the agonizing strain of dhimmitude. What Muslims call “tolerance,” others correctly identify as institutionalized discrimination. The consignment of Jews and Christians to dhimmis under Islamic rule means that they are not allowed the same religious rights and freedoms as Muslims. They cannot share their faith, for example, or build houses of worship without permission.

Europe is doomed!
I predict that within 10 years most European will be controlled my Muslims
Switzerland will not be one of them!