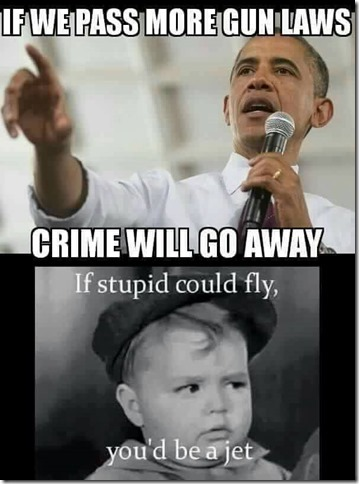 A true culture of ignorance and evil .

Then all my liberal friends are jets. I like it!

LOL only a democrat would believe this since they are the most ignorant people to ever walk on the face of the earth. Total and complete ignoramuses, useless eaters comes to mind. Drug law after drug law was passed and that did nothing to stop illegal drug use.

Nobody has ever said that crime will go away if we pass more gun laws. That is not the discussion and never has been.

10:49 AM - Drug laws are the responsibility/fault of BOTH parties but if you want to be honest, the biggest drug warriors have always been Republicans (Henry Anslinger - first Drug Czar-1937, Richard Nixon, Ronald and Nancy Reagan, GW Bush, etc.) The DEA is, from top to bottom, a conservative organization. Don't believe it? Take a look at their political donations.