A petition claims the use of the team name on TV
violates indecency regulations. 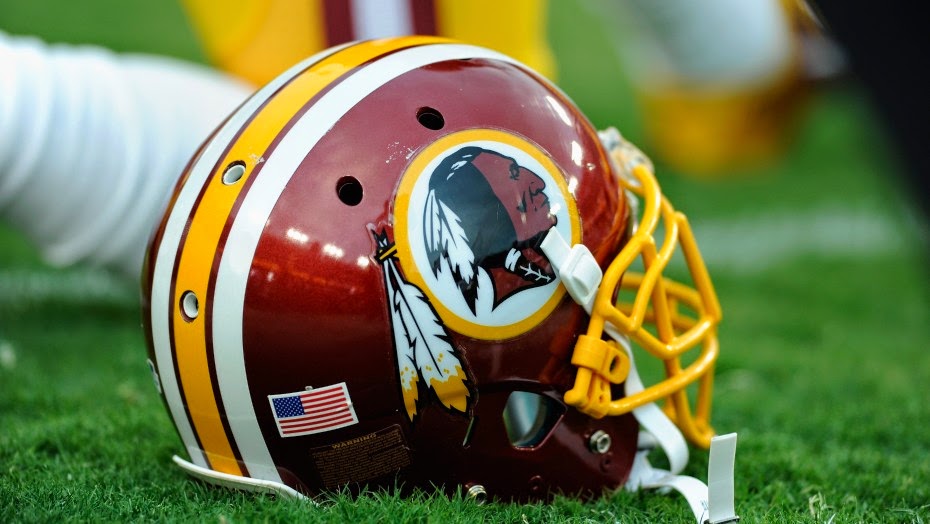 September 30, 2014 The Federal Communications Commission is weighing whether to ban TV stations from saying the name of Washington's football team.

A law professor filed a petition with the agency earlier this month, claiming that the name "Redskins" violates federal rules barring any indecent content on broadcast television.

At a press conference Tuesday, FCC Chairman Tom Wheeler said he is reviewing the filing.

"We will be dealing with that issue on the merits, and we will be responding accordingly," Wheeler said.

Who gets to decide whats offensive ? American Indians named the team.

it will only ban the use of redskins on the air. it won't change the name.

Now it's time for all the owners and players stand up for the American people. Strike! Folks, this is a ban of freedom of speech and expression.

Next it will be the Black Hawks. Tell the FCC to stop screwing with the Constitution of The United States.

Cave to the PC police and ANYTHING is up for grabs.

213-American Indians didn't name the team, the racist owner did. Same reason, the Redskins were the last team in the NFL to racially integrate. Truth is tough to swallow.

237-Black Hawks is the name of a prominent tribe. Redskin has been a racial epitaph since it's inception.

get real 4:00, there is nothing racist about the Washington Redskins. they are a Football Team. this is out of control, woman commissioners to monitor behavior of football players, constant harrassment over the name of teams, get over it people this is football

I throw up every time I have to hear "Obama's" name or see him on my TV, Ban him!

Political correctness run amuck. This is so wrong. The majority of the "true" Redskins don't even care; in fact most of them liked the name. How stupid is this...

RIDICULOUS! FCC needs to be more involved with cable and satellite regulations (reducing charges / cost) rather than worrying about a football team name!

Its a damn shame that our government can't put half the time into all the corruption,deceit, and failure facing this country as they do for the name of a football team.

The FCC, what a joke. You can turn on the 6 o' clock news every night and see people getting blown up with blood and guts everywhere and that's OK but we better not say the name of a football team, that's just taking it too far.

We do our best to ignore any and all political B.S. but the politicians force themselves down our throats with every possible thing they can conjure up! Here is another example.

We should ban the FCC!

4:00 We can change the name to "Washington Drunk Casino Owners"

The Kansas City Chiefs were on TV the other night and not a word was said regarding banning thier name. Wake up people. If this kind of BS keeps happening,the animal rights groups will be ready to Ban the use of animal names such as Bears,Dolphins etc. The only offensive parts of the redskins name is Washington. Change the name to Virginia Redskins.

Wording problem; If it violates "indecency" policies then it must therefore be decent.