What's The Best Job To Have In Wicomico County, Being A Thief! 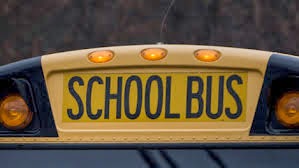 Time and time again, year after year, taxpayers of Wicomico County have been victims of THEFT and have barely seen any real relief.

IF is wasn't for this recent State Audit, YOU would have NEVER known that a Bus Driver Contractor was stealing from you.

Now, IF this was YOUR business and someone falsified documents in order to steal from your company, would you immediately fire them? The obvious answer is, absolutely, yes.

However, NOT in Wicomico County. We saw the County Executive relieve a dozen or so admitted thieves from the County Landfill fiasco not only NOT go to jail, they retained their jobs.

Now we're seeing the very same with the Board of Education. WHERE IS STATES ATTORNEY MATT MACIARELLO WHEN YOU NEED HIM? Know that Matt could NOT have known this because it was never reported.

Oh hey, I forgot to mention the Liquor Dispensary. Is there any other department in the County I may have forgotten about? The County Council gets a free lunch every meeting and so does the Zoo Commission. They admittedly steal that money right out of the cash boxes where people make donations to feed the animals, not the Zoo Commission.
at 3/16/2014 08:00:00 AM

Now you know that the so-called "animals" of the zoo are the commission!

Joe the police investigate crimes so call the Sheriff Matt's office prosecutes after the investigation is complete. WBI should get a call.

There is only one way to deal with thieves in the times we live in. It's called taking the law in our own hands . Some countries just cut their hands off for stealing , I suggest the same .
Hell , we don't even send people to jail for most any crime these days , when we do , it's like a vacation for them , tv , free food , free equipment , free visits from spouse and get paid for serving time.
It's know wonder the police act like they own the world.
Believe me , nothing will be done about any of this.

You can blame Davis Ruark for letting the landfill guys go. Those were his cases.

Mackes feeds all of his Commissions too - waste of tax money. I know for a fact that some of the members have told him they don't expect or want to be fed.

Matt Dillon,Gunsmoke? Except he was a U.S. Marshall from Dodge City.Sorry I regress. Who is Sheriff Matt ?

Talk about job security. You can steal from the county and they'll keep you on board. Amazing. There's no leadership.

Who specifically has hiring/firing authority for bus contractors?

be a drug dealing too. Stand on the corner of Baker and Anne St and sell. Make sure it is 2AM because SPD doesn't do anything but drive by them.

All of the previous Principles STINK! a BIG FAIL!

The Term is "Collusion".

I think it's important for me to state the following.

What RIGHT does John Fredericksen have to play Police Officer, States Attorney AND Judge when it comes to OUR tax dollars and the theft of such.

This is MY personal problem with this matter. As I stated in the Post. IF the state had not done this Audit, we may have never known this happened.

I'll add, the States Attorneys Office is investigating this matter.

Well hallejuah, I'm glad the State's Attorneys Office is investigating and I would absolutely think they would after reading all this. And...how could his office find that nothing is wrong? We'll wait and see what comes of his investigation.

Then there is Circuit Court, Detention Center, Civic Center, Planning and Zoning.....to name a few

Anonymous said...
be a drug dealing too. Stand on the corner of Baker and Anne St and sell. Make sure it is 2AM because SPD doesn't do anything but drive by them.

How do you know what goes on at Baker and Anne St. at 2 am?

I asked a BOE Member about this and they said they were never advised this happened because they don't see what is happening. They only know what is told to them, but they will be investigating. Some of them are sick and tired of John Fredericksen as well.

The Wicomico County Liquor Dispensary personnel were actually sending out for Pizzas and paying for them and the tips with Liquor Dispensary revenues. As well as sending employees up to Dover Downs to drive race cars.

In my opinion ALL county agencies need an audit quarterly . CPA s need someone to monitor them. This will create more jobs too. Lets face it the security field is booming.