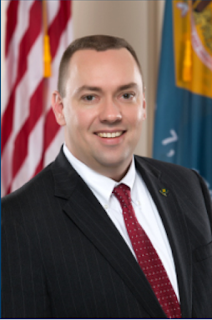 On 6-22-17 SBYNews broke the story that this Senator had been arrested for carrying a loaded weapon onto a plane in Salisbury Maryland. We're told his case was held yesterday and he got probation, go figure. Sheriff Mike Lewis has not published a press release on this matter.
at 9/30/2017 08:15:00 AM

Hope he's aware, probation for that charge makes you a PROHIBITED person in MD.

Do as I say not as I do, slap on the wrist Justice

This was a foregone conclusion.

Please ID the judge that is complicit in this outrage.

It was in the Wicomico County Circuit Court. Don't know which judge.

Only while on Probation

You or I would be trying to get an appeal (from our prison cell).

Pettyjohn's comments: The case is an example of what some gun advocates say is wrong with gun laws – too many of them are not prosecuted.

Sen. Brian Pettyjohn, R-Georgetown, who has been tracking the number of weapons charges dropped in Delaware, said he would like to see more of these offenses prosecuted.

"I know there are plea deals that are done to get those charges dropped, but the question is, are we dropping the right charges," Pettyjohn asked.

He said that part of the reason for tracking these charges was to see if state lawmakers could help the Attorney General's Office better prosecute them. And while he understands that some charges will be dismissed, Pettyjohn said the system seems to be set up to have these cases plea bargained.

"I don't think a weapons charge should be dropped," he said. "I think that we can drop some other charges, but if they're committing a felony with a weapon, whether its a knife or a hammer, ... I think we should be prosecuting for that. That would send a very strong message that the Attorney General's Office is very serious about prosecuting these crimes."

Not prosecuting gun charges makes him question why new gun laws are needed.

"I think we've got enough and I think we really need to start prosecuting the crimes that we have now," he said.