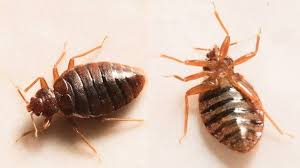 WASHINGTON — It’s not exactly the kind of thing that will fill D.C. residents with pride, but the District ranked 13th in the top-20 bedbug-infested cities in America.

The list was released by the pest control company, Terminix, and based on service requests from the first half of 2017.

Experts at Terminix said bedbug infestations have increased since the late 1990s, and while researchers aren’t sure of an exact cause, they do think things like more international travel and insecticide resistance could bear some responsibility.

“Bedbugs are notoriously difficult to eradicate,” Paul Curtis, director, technical services at Terminix, said in a news release. “They can travel to new locations very easily — hitching a ride on clothing, handbags, suitcases and taxis, which can create substantial infestations in no time.”

Bed bugs come from middle east travelers. That is why they became a problem under the last administration.

They will exit when President Donald J. Trump finishes draining the swamp.