How Many is Enough? 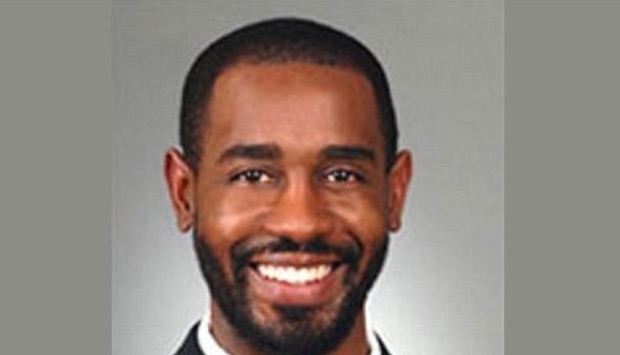 Ironically (or not), much of the MSM isn't covering the death of Federal Prosecutor Beranton J. Whisenant, Jr who was found dead yesterday in Florida. He was investigating Florida Voter Fraud. Until this moment, most of you probably have never even heard of this man before.

Now that you have and understand what he was investigating are you all that surprised he ended up dead?

As many of you who stay informed, Seth Rich - a former DNC staffer also fell to this fate 11 months ago in DC after taking a job with the Clinton campaign. It was discovered he was the ultimate leaker for the DNC Leaks revealing all their dirty secrets and crimes.


This is Beranton J. Whisenant Jr
He was a Federal Prosecutor working on @DNC Voter Fraud case in FL
He was found dead yesterday#SethRich pic.twitter.com/Cnn56b4OCN
— Red Pill (@IWillRedPillYou) May 27, 2017


When will people like you wake up and start demanding an inquest into these deaths and their links to those who wish to destroy America like Hillary Clinton and others in her band of criminals?

Are you really having that much trouble connecting the dots, or should I say, corpses?

Instead of these stories going away, the bodies keep piling up. When will you all demand from Harris, Cardin, Cummings and others to do their jobs and start investigating these deaths?

Perfect the art of striking from the shadows.No one seems to do that anymore & it seems like a lost art.Everyone sticks their neck way out & allows severe repercussions to their actions.

Thornton, I, for one, can't thank you enough for being a part of SBYNews. It's patriots like yourself that are so necessary for our nation. We are very fortunate to have someone like yourself deliver inside information the rest of us don't have access to, I never heard a word about this person and his unfortunate death.

When you deliver national stories, people/viewers seem to be overwhelmed with your factual and documented information. I don't believe they are stupid or just don't care. I believe they're sitting there wondering, is this a conspiracy theory, or what? It's not, but since they haven't read it anywhere else they are drawn to wonder...

Nevertheless, as you and I have discussed in the past, our viewers can't say they weren't warned or educated.

Anyhow, Thank You for what you do here.

Does anyone else have a problem with the fact that the former Director of the FBI "asked" for DNC hacking evidence and was told NO?

Swamp Drainer of the Shore said...

1000 can you honestly believe that 'story?' James Comey isn't an honest person, he's an agent of the Deep State whose been hoodwinking us for a long time. Who says he ever actually asked to see the DNC server or their evidence in the first place? Can we really depend on his word at this point? He is, after all, the person who spear-headed all the Russian investigations with so-called evidence he knew was fake documents for political purposes; not to mention he also cleared illegal surveillance on millions of Americans.

Thank you, Joe, for the snaps.

Another article I just read said he was also looking into fraudulent Visas and questionable citizenship papers in the Miami-Dade area.

Surely someone doesn't commit suicide by hitting themselves in the back of the head, but in the world of a Clinton supporter, I guess they'll find it plausible.

Just when you think it couldn't get more gruesome, it gets much worse. Wake Up People. This lawlessness has to end!

As a Florida resident and reader Thank You for telling us the "rest of the story."

It's time for the Department of Justice to step in and order investigations on these killings. Anything less is a gross miscarriage of justice for the victims and the country.

Have we really become so immune to the Democrats' crimes that we look at these cases with apathy? I just can't believe people ignore this and would rather comment for three days about Leslie Lewis and her stupidity than this. As a community, we need to understand the old no life West of the Chesapeake Bay mentality is dead. We are citizens of the US and World. It's time we start looking at those issues and forming opinions about them, too. Get your heads out of the sand, folks. Every murder gone unpunished is another strike to our system which one day, could mean your murderer goes free without repercussions. Pebble in the pond. It always ripples out to the entire pond without fail.

Why don't the "people" do their job/jobs when someone dies. Don't the bodies go to have autopsies. Those results should be a matter of record and never refused or "hidden" from the public. Gee, maybe the news could start reporting the results of the autopsies instead of giving us fake news, give us truth.

The Democratic Party is just a tool for the Left Criminal Cartel. Judicial Watch is in the legal process of obtaining information on the Seth Rich murder. They seem to be non partisan in their search for the truth. I don't recall reading or watching anything about Mr Rich on MSM. I certainly want the truth !

Please please I hope all this unsolved murders with the Clintons and yes I believe they also can be traced to Obama, we must get to the bottom of the swamp. It is time for charges, trials, and jail no BULL.

Mr. Crowe ,
This blog is very good for news that is true, I'm sure you are aware of this. Having said that , it is my opinion that people like myself are conservatives who enjoy your post. For the most part you must realize you are as they say "preaching to the choir".
Many of us feel the same as you , but I only see one way out of this mess and that is civil war . I don't like the violence I'm thinking about , but like I said I don't see how we can fix this broken country. The left has killed , murdered and done very crooked thing you can imagine. Give me a hint of some other solution . I think it's too late after seeing how they treat my president. I'm sure you are aware that obama is trying his best to overthrow the present government along with all the others such as Soros .
We must stop this with any means possible , I want to stay free . I fought for this nation and had many casualties in my company 1967. I think maybe the lack of religion in our young is a major problem , they just don't care,
absolutely zero values. nuff said for now

400 one way to begin is to vote Democrats out of local and state government. It's a must because it's clear the party is no longer moral or decent. They don't even abide by our laws and completely disregard life. Civil War is a strong fighting words considering many people who come on Salisbury News have never had a gun pointed at their faces or put in a situation where it's their life or another. Our society of millennials and snowflakes - both adult and children - are a soft bunch. They haven't lived in a forward territory or withstood any inconvenience unless you count having the cable out for 30 minutes as a grave inconvenience. Our nation is soft and stupid. It's now time for people to smarten up and stop yammering on about rights and freedoms they know nothing about because they never bothered to sit down and take an hour to read the Constitution.

Dear 408 ,
Voting them out is not an option anymore. Voting has become an issue with fraudulent voting. However you are correct in your statement that we are soft and stupid. I will stick to my guns and prepare to stay safe and FREE. Civil war is a strong statement and I meant it to be strong. I've had a good life until obama was elected , I intend to have more good life in the future .
I always said I never hated anyone , I hated the things they did . I have changed my mind about obama , I hate him and his opinions.

Does Supreme Justice Anthony Scalia come to mind, along with many more?