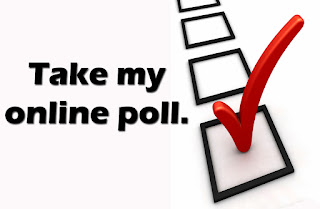 Perhaps you've been thinking of the following just like I have for the past several days...

She hasn't been charged, tried, or convicted of anything yet. Hopefully, she won't be found guilty until after BO can't do anything about it.

The only time I think of her now is when her name is mentioned, other than that she's no longer relevant!

Now what is relevant?

The Democrat party used to be the party for the people and cared about law and order my have they fallen.

I would think Hillary would reject an offer of a pardon. If she accepts isn't that an admission of guilt?

She is a criminal and should be properly investigated, like others that have been charged...and jailed.

But O's pardon would cover every possible charges from any actions that she did or was associated with up to the date of the pardon. Her whole life would be free and clear of any possible criminal or civil penalty, that's what it encompasses and why it is so powerful!

I have been thinking this very thing from the get go.

They will say "She hasn't done anything wrong, but a pardon would end the 'witch hunt'."

It won't matter if he pardons her she is a lying crook who will be back in trouble in no time,she can't change an entire lifetime of sleazy living and dealings even if she tries. Her brain is not wired to be honest so it just ain't gonna happen. She belongs in prison and if she doesn't go there she will certainly wind up in HELL.

Who says she isn't guilty, besides she and her huge team of lawyers? To accept a pardon is an admission of guilt, but it won't even slow her down from her next crimes against the world.

What witch hunt they have her violating many federals laws she is just above the law unlike we slaves.

Spot on.....one of those questions that makes you say HMMMMMMM! LOCK HER UP!

Obama can pardon her for FEDERAL crimes only, even if she has not been charged or indicted, but I think she has to officially apply for it AND admit guilt. He can't do a thing about state charges. She is being investigated by three states so far: DC, NY, and (surprise) Arkansas, where she only got about 34% of the vote. You KNOW DC and NY won't do anything in the end, so at this time, if Obama does pardon her, Arkansas is our only hope. Who'd have thunk it?

I think Trump's recent statements hinting at not going after her ("They're nice people") are so Obama will not pardon her, then he goes after her and Soros with a vengeance.

If HRC had been indited back years ago in Arkansas, maybe her crime spree would have slowed up then. But like now, they are always lacking on prosecution.

She is guilty. She just hasn't been charged or convicted. There is a difference.

They're asking because they feel sorry for her. They shouldn't. She's not a shining example of a human being, let alone a representative politician.

There's nothing that isn't or wasn't her responsibility that's under investigation. Every step of the way she knew better, and was advised over and over by staff and others not to, but decided (made a conscious choice) to do all of the things she did.