Child Found in Possession of Heroin at Selbyville Daycare 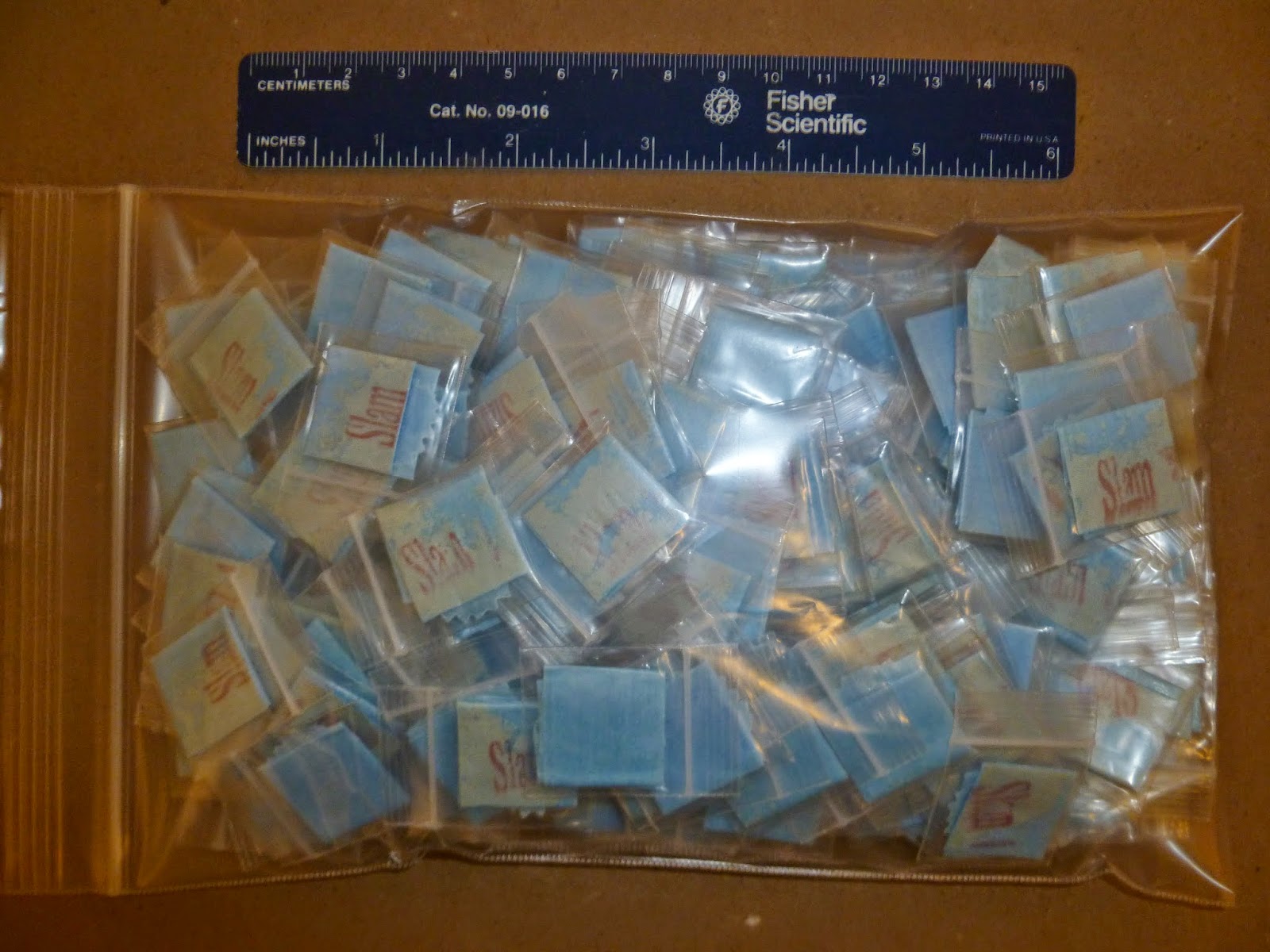 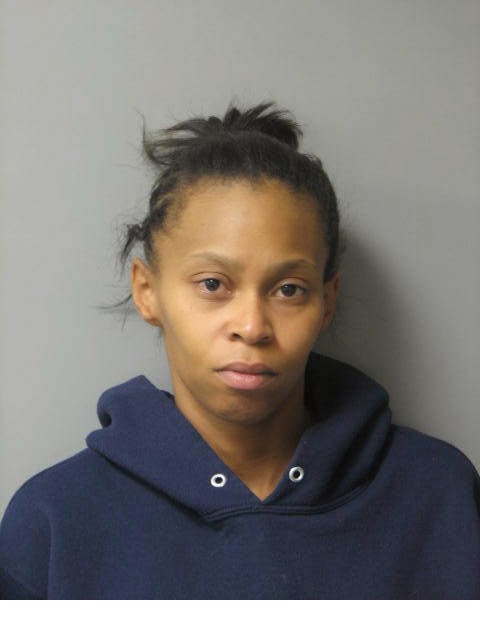 Selbyville, DE – Troopers are currently investigating an incident in which a 4 year old child brought heroin into a Selbyville daycare and began passing it out to other children.

Troopers and medical personnel were called to the Hickory Tree Child Care Center located at 2 Hickory Tree Lane around 11:45 a.m. this morning after daycare providers observed some children with small bags of an unknown substance. The white powdery substance, which was still enclosed in the bags, was removed by the teachers and immediately taken to the Selbyville Police Department where it was determined to be heroin.

Preliminary investigation revealed that a 4 year old girl unknowingly brought the small bags of heroin into the childcare in a backpack that her mother gave her after hers had become ruined by the family pet sometime through the night. Upon thinking the packets were candy, she began passing them out to her classmates. Several children who came in contact with the unopened bags were transported to area hospitals as a precautionary measure and were released after being examined. A total of 249 bags of heroin weighing 3.735 grams was located in the backpack.

Ashley R. Tull, 30 of Selbyville, the mother of the young girl, was contacted by troopers when she responded to the daycare and taken into custody shortly after being interviewed. She was later transported back to Troop 4 where she was charged with Maintaining a Drug Property and three counts of Endangering the Welfare of a Child. Tull has two additional children, a 9 year old male and an 11 year old female, that reside in her residence along with the 4 year old female. She was arraigned at JP2 and released after posting $6,000.00 secured bond. A no contact order was also set in place with her three children, all who are in the custody of a relative.

The poor "family pet." Imagine having to live with this bunch of losers.

Dealers getting younger and younger.

Will she still receive her welfare check?

Maybe that B!tch needs to stay locked up for a while?

There's always the little guy you read about. On the othe hand, I see these $200k cars being driven in Ocean City and wonder if drug money pays for this. Hmmm...

$6000 bail? Give me a gd break! Wth are the police doing? She could have killed numerous children and gets released after using drug money for bail!

OMG! If any of my family had gotten hurt behind this crazy crap, she would not have to worry about any court date.

I, on the other hand, would be, IF I got caught. I am not too proud to say I would kill her point blank. Let the chips fall where they may.

Right, wrong or indifferent, I would kill anyone for hurting any of my kids or grandkids.

She don't care about her own life and neither would I.

She better watch her back. A guy who goes by the name "A Pimp Named Slickback" is ticked she lost his merchandise.. Its about to get real.

This plus the ones who are out of control . . . priceless.

Bet your bail would be higher than that joke 5000.

This is indeed insane.

Thank God none of the kids got hurt .guess she was so messed up that she forgot that that the stuff was in the book bag.praying for her kids

Thank god none of the kids got hurt.was she so messed up that she forgot that it was in the book bag? I will be praying for her kids.

Thank god none of the kids got hurt.was she so messed up that she forgot that it was in the book bag? I will be praying for her kids.

This is unreal! I'm beyond baffled.

Everyone has an opinion, but no one has a solution.

Some of those children could have been killed or seriously poisoned!

Blogger Shannon Marvel said...
Everyone has an opinion, but no one has a solution.

And what, pray tell, is YOUR solution? Ragging on others for expressing their opinion?

Actually if you read all of them and COMPREHEND what they are saying, there is more than one solution mentioned.

And I will add another, ignore people like you who offer nothing but negative energy.

I have a solution - euthanize.

Barney Rubble
Those people driving $200k cars in OC could just be successful people with educations and real jobs from the other side of the Bay.

Barney Rubble - don't wonder!
There aren't that many good jobs in this area...and these people aren't qualified for the ones that are here!

She should be charged with attempted mass murder, her children removed for life, and a death sentence. Yet, she's out on the streets, continuing to do what she does. Great job judge!

First Thank God the daycare workers stopped this before any of the children got into any of the packages and caused real tragedy. Secondly, don't you guys get it, she's going to become a criminal informant and will be out in no time. The police want the source of where the heroin came from. Then the judge will be lenient on her sentence because she provided them with the major supplier. Deals like this happen all the time. Hell may be why her bail is set so low right now. It may be that they are looking to take down more than one person and they may use her as the one to do it. Happens all the time.

Anonymous Anonymous said...
Barney Rubble
Those people driving $200k cars in OC could just be successful people with educations and real jobs from the other side of the Bay.

October 7, 2014 at 7:39 AM
Anonymous Anonymous said...
Barney Rubble - don't wonder!
There aren't that many good jobs in this area...and these people aren't qualified for the ones that are here!

And I would wager those 'qualified' workers have government jobs. Well hip hip hooray. Once they get in, it's near impossible to fired their lazy butts. And in a union too I bet.

And judging by comments like YOURS, they are a shining example of class.

I am sorry there are many many errors at play here! 1) when my child was in daycare the lunch boxes, back packs, and coats were put away as soon as the child arrived at daycare! The kids didn't have access to them! 2) the other children were placed in the custody of a relative - how do you know that the relative isnt involved as well? 3) the bail amount is insane! You know she is a dealer that just put multiple kids at risk, and the commissioner obviously didnt care about any of it! 4) she was back on the streets, picked up a new batch or made it, and is back in business already! What the hell is wrong with this country?

"Shannon Marvel said...
Everyone has an opinion, but no one has a solution.

The solution is real simple. It's the breakdown of a REAL family. Paupers and irresponsibly people having children they have no business having. The "if it feels good do it" "live for today" mentality.

I heard that the little girl passed out the heroin because she thought it was candy.