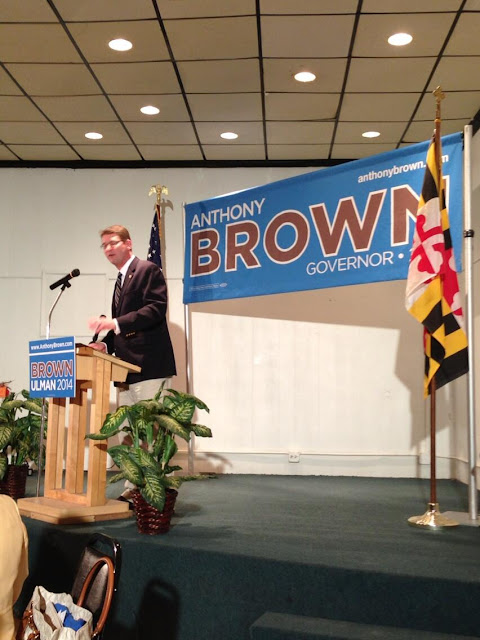 that should tell you everything you need to know about brown, O'faily, and Idiotron...

I told you once and I will say it again, they all HAVE TO MAKE THE SAME POLICIES if they want to move higher in the political crap...

Like O'faily wants to be senator or president, and like Brown wanting to be governor and Irton wants to move up somewhere or hell maybe stay where he is but nonetheless they all have to act and do as the other in order to do so...

You see its all about money...

well, they want you to think that it is... its about control any way they can... and right now the most effective plan is to take monies from people so they can't afford shit....

Just like the fed govt, there isn't a money problem, or a revenue problem, they just spend it quick and on needless shit to make you think we are broke so you will pay more, and so far you have and will continue to... Until you are on govt help or damn near dead of starvation...

See what happens to you when you grow your own food and try to sell it...

I disagree, slightly. It's all about power and control and "we know what's best for you". Money is just the means to the end.

Puke! That is really sickening to look at!

You make a decent point,8:13AM- take a look at what Ireton wants (so far)in his second term.
-Skate Park-look how well the dog poop park has gone over.

-Bike Lanes-in concept not a bad idea, but the markings on US13? I have NEVER seen a cyclist there, probably because anyone with any sense wouldn't DARE cycle there!

-The Bricks-tax subsidized boondoggle- $250K each for AFFORDABLE housing?

-Linens of the Week property-city owned because of Ireton-It's been cleaned up-good.Isn't the idea to take it OFF the tax rolls for Habitat for Humanity-honorable perhaps, but why should local government be in the charity business? I assure you that this will benefit the mayor's developer friends somehow.

-Credits for sewer and water hook-ups downtown-IF it resulted in middle class jobs ( which we all know that it will not), OK. Still a fine example of corporate welfare.

A thought for Mr. Day-You have certainly and rapidly become a highly influential member of our government. PLEASE do the right thing-you represent us-not Ireton. Civil discourse is a wonderful thing worth persuing, but don't be Ireton's fool- be you own man!

By the way 8:13, Please note that I didn't resort to infantile name-calling- it's not really a great way to get one's point across.

Signed, a proud, but fed-up Democrat.

It's funny how you come with names for people - idiotron, owemalley, obummy. In the meantime, that's all you can do... Well you're also pretty good at losing elections.

Is that Ireton in the picture?

It's a sad state of affairs in this Country when you can't decide who to mistrust more, a Democrat or a Muslim.

I had to look at that pic twice makes me sick that homosexual is and has been on the same platform as Obama and these other liberals Brown /O'malley. All the liberal agenda is out to do is destroy America with higher taxes letting homosexuals get married taking the rights of gun owners A rain tax of all things. Maryland has become a sad state under this administration

New dem slogan..will piss on yor head and tell you its raining..so we can tax it

The only way O'Mally has a chance at President is getting the liberal vote. Why do you think we have gay marriages. It's all political

I am here representing the people of Salisbury. They are good. They elected me.

Anonymous said...
It's funny how you come with names for people - idiotron, owemalley, obummy. In the meantime, that's all you can do... Well you're also pretty good at losing elections.

Thanks Chuck Cookie. Must be nice to have work from home for the Governor job so you can keep tabs on Joe's blog.

What are you going to do if your Boy loses this election and you have to find a real job?

What a fraud, but then it fits right in with the other misfits in office.

10;09 We have gay marriage because the people Maryland believe in equality. Remember the referendum?

That is why you see more and more homosexuals coming out I was in Ocean City over the weekend with my children and one of my kids asked me after seeing to men holding hands and kissing what are they doing. I told them what you see is a sin. It is hard trying to explain to a kid when you go to a family resort and have to expose your kids to filth like that.

12:47 filth and bigotry is what you expose your kids to at home with your backwards thinking.

12:47 Maybe you should just answer your kid's question instead of judging. This is why gay kids kill themselves everyday.

12:47 I feel bad for your children. When they're your age they'll probably look back and laugh at what a bigot you were.

Anonymous said...
10;09 We have gay marriage because the people Maryland believe in equality. Remember the referendum?

Can you say Corn Holio!

12:47 PM I agree that is sick. How would you like that Boi Mayor teaching your 3rd graders.

Always remember 12:10 a law can always be repealed also. The only ones that voted for that homosexual law were a bunch of liberals and homosexuals that don't have a conscience and can't be people of faith. There was no adam and Steve in the bible. I would not to expose my kids to that wicked evil either.

Brown wants a ban on all guns except .22LR at shooting ranges only. Check out his site. He makes O'Malley look conservative.

Gross he is such an embarasment

Now we know why he can't do his job, he is too busy stumping for Brown. His time should be spent doing his job; what a novel idea!

He looks a lot like Jay Carney when he's telling one of his more complex lies! See it? LOL!

Telling your kids what is expressed in the Bible is not bigotry...and it does not show a hatred toward those who feel being homosexual is acceptable practice. Some of us want our kids to have what we consider to be a normal life and to accept those that engage in behavior that is not natural...male deer do not chase male deer for example. You have to learn to accept those with different lifestyles but it is not bigotry to teach them otherwise. Gays have to accept us too. Get over it. There are much bigger problems for society to deal with. I teach my kids to not be too concerned with what other people do with their lives...just do whats right for you.

It makes me sick to see anyone running for public office associated with Jim Ireton. Jim has proven himself to be a dishonest and disingenuous person of the worst kind. turning on his friends for political gain. A party climber. I have no use for him or those who associate with him as if his behavior is something to hold up and be proud of. Brown just lost my vote.

Signed a registered Dem who voted for Ireton first time around and helped him to get elected the first time. I won't be fooled again.

Didn't look like anyone was at that homo event. Guess who was there though, Fake Day and Lying Laura the Free Loader. The occupancy looked pretty week. If another Democrat stands up he doesn't have a chance.

I looked at the pictures on Jim Beaus FB page and there was hardly any supporters there. Jim Beau we know you and your Democrat thieves stole your election for you.

What a media who__, I mean, media hound he is. Probably started the rumor of him being lt. gov. material himself. What a joke!

Laura Mitchell is another media hound drama queen. I can hardly wait for the press release that she clipped her toenails or got lunch somewhere.

Talked to a friend of mine who has worked for the City 20years and he told me that employees are leaving in record numbers. Real good leadership Mayor Worthless

No body likes me, I wish I we're Brown.

10:05 AM some are being fired after 20 years of employment thanks to Jim Liarton and his worthless department heads.