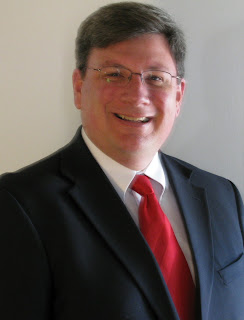 By Delegate Mike McDermott
Behaving more akin to pirates than elected legislators, I witnessed first hand a budget slush fund crafted for the O’Malley-Brown administration and an overall budget increase of $938 million in new taxes and spending. All this in a three day session where the fix was in before we ever arrived in Annapolis.

As I stated to the governor at Monday night’s protest on the Lawyer’s Mall: “If you insist on behaving like pirates…you need to strike the Maryland colors on the State House and run up the Jolly Roger!!!”

The budget that was in place in April was a good spending plan. It increased the budget by over $700 million but was within the projected revenues. It also did not call for any tax or fee increases, no pension shifts to the counties for teacher retirement pay, and no transfers of any “trust” funds (such as Transportation or Bay Restoration). This budget, arguably the best spending plan in decades to come out of Annapolis, was not enough for most of the democrats who rule Maryland.

The new budget does several things to increase spending by a billion dollars. First, it increases Income Tax rates on wage earners making $100,000 or more and couples earning $150,000 or better. Second, it transfers teacher pensions (paid for since 1927 by the state) to county governments. The budget also adopts other fees and taxes which will provide additional reasons not to start or expand a business in Maryland at a time when our economy continues to struggle.

Another interesting item is the “Budget Restoration Fund” established in this new supplemental budget through which all of the new taxes, fees, and transfers will be collected and spent. The bill establishes this as a gubernatorial slush fund that uses the word “may” instead of “shall” when directing where the money can be spent. Essentially, this vast amount of money is not required to be spent for any of the purposes for which it was collected. We tried to change that one word with an amendment, but it was shot down.

In fact, many amendments were offered , mostly by Republicans, which would have provided better guidance to this bill or would have cut back some of the burden that will be borne by Maryland’s middle class. They were summarily defeated with around 7 to 10 Democrats voting with the loyal opposition to try and curb the madness.

Here’s how some of the Income Tax increases break down:
The new tax rates, by income brackets, are:

The government will raise an additional $52 million in the coming year by reducing personal tax exemptions for some tax brackets.

You can get ready to feel the pain very soon. In fact, democrats rejected an amendment that would have only made the tax apply beginning January 1, 2013. Since it will be in effect this year, payroll deductions will be double for affected wage earners during the coming 6-months. Essentially, you’ll experience a double hit courtesy of the Special Session.

The transfer of the teacher pensions will result in long term budget pain for county governments. This costs will, without a doubt, migrate to the tax payers through additional local taxes. The counties simply cannot absorb this hit from the state in such a down turned economy. The budget act also enacts the extortion override of county tax caps thereby authorizing the state to withhold county revenues and send them directly to the local Board of Education if a county cannot meet their Maintenance of Effort (MOE) spending obligations. This is a terrible act and I doubt it would even survive a Constitutional challenge in the courts.

There are one year “sweeteners” in the act designed to cushion the blow to local government, but they are a false hope. Even the $14 million MOE adjustment for Wicomico County pales when stacked against the longer term obligations of these pension funds. When the Thornton Act was passed in 2002, the General Assembly failed to identify a funding mechanism. Well, a decade later and they have now identified the funding source: County Government. Unfunded mandates continue to wreck havoc on tax payers.

If there is anything from which to draw encouragement from this latest act of piracy, it would have to be the final vote in the House: 77-60. For all of the hue and cry about a lack of “bi-partisanship” exhibited in the General Assembly, true bi-partisanship was displayed from those opposing this monster tax increase (consisting of 42-R’s and 18-D’s). Those 77 votes in favor are only democrats.

During the debate, I customarily projected my voice which prompted the Speaker to state that we should use our “inside voice”. Here is my response to his request. Pay particular attention at the very end to the Speakers comment...no truer words were ever spoken.

Mike. Thanks for your common sense. You ready for this, I'am a registered Democrat. Somehow we must gain control of the spending.

Very much appreciated...thsnk you Mr McDermott!

I agree 5:28; however, we have so few delegates compared to the other side, we may as well not exist.

Welcome to Maryland where the harder you work, the less you make. It is so difficult to watch the unraveling of the State of Maryland. Horrific leadership that punishes those who feed the entire system. Delaware is looking better every day.

Thank you Mike!!! You & Joe Albero should get together ! Wow, what a team!

Came & Conway need to Go!!! Leave & never ever come back!

Thank you Mike for your truth & integrity-----keep up the good work!