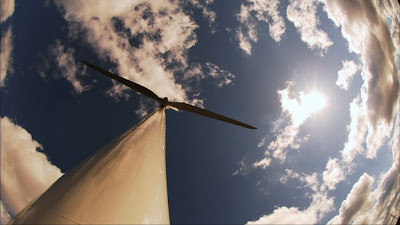 First: kudos to State Senator Pipken for his vocal opposition the O’Malley’s offshore wind farm subsidy – to be subsidized by Maryland’s electric power customers through a special tithe on their power bills. Hopefully, his statements have turned the tide; we may soon see if there’s a special session of the General Assembly to pass the new taxes that O’Malley wants to hit us with.

So much for the sublime, now on to the really ridiculous. In the past decade or so, there has been a huge federal subsidy – known as the “production tax credit” -- which provides a 2.2-cent per kilowatt-hour (kWh) subsidy for the first ten years of a wind energy facility's operation. It has resulted in very substantial investment in “wind farms” that generate power that is distributed to customers through the national “grid” system. But the notion that the power is “free” of either economic or environmental costs is nonsense. Not only are the huge towers and turbines (and related equipment) very costly to install and maintain, they are very unreliable as a source of energy, because electric power cannot be stored – there is no strategic kilowatt reserve.

Therefore, it is necessary to maintain and operate conventional (fossil-fuel) power plants when wind speed is minimal, and often (especially at night) the wind power is ample but cannot be used or marketed due to low demand at that time.

Fortunately, the “PCA” subsidy is set to expire on December 31. However, urged on by the Obama administration, certain members of Congress have sponsored legislation to extend it. But not all members. Here’s what Tennessee Senator, Lamar Alexander, an opponent of extension of the PCA recently had to say about extending the subsidy, which would maintain a big loophole for investment bankers, for the very wealthy, and for big corporations:


“We hear a lot of talk about federal subsidies for Big Oil. I would like to take a moment to talk about federal subsidies for Big Wind -- $27 billion over 10 years. That is the amount of Federal taxpayer dollars between 2007 and 2016, according to the Joint Tax Committee, that taxpayers will have given to wind developers across our country. This subsidy comes in the form of a production tax credit, renewable energy bonds, investment tax credits, federal grants, and accelerated appreciation. These are huge subsidies. The production tax credit itself has been there for 20 years. It was a temporary tax break put in the law in 1992.

"And what do we get in return for these billions of dollars of subsidies? We get a puny amount of unreliable electricity that arrives disproportionately at night when we don't need it. “Residents in community after community across America are finding out that these are not your grandma's windmills. These gigantic turbines, which look so pleasant on the television ads -- paid for by the people who are getting all the tax breaks -- look like an elephant when they are in your backyard. In fact, they are much bigger than an elephant. They are three times as tall as the sky boxes at Neyland Stadium, the University of Tennessee football stadium in Knoxville. They are taller than the Statue of Liberty. The blades are as wide as a football field is long, and you can see the blinking lights that are on top of these windmills for 20 miles. “In town after town, Americans are complaining about the noise and disturbance that come from these giant wind turbines in their backyards….

And, to that we add this:

The wind power people are now buying rights to build these huge windmills in Somerset County and probably in Dorchester County, too.

Another example of the taxpayers getting screwed by the enviro-lobby just so they can party with their hollywood elites and super rich all the while professing to take care of the enviroment.

Take away the subsdies and the whole windmill industry would collapse.
In fact, at some point we will be paying to dismantel these eyesores.

I’m glad that this article posted, we should be aware of how tax money is spent. In my comment I hope to shed some light on this subject. Hopefully show you that renewable energy does infact promote jobs in the US. This is not to be negative, but to promote open discussion about this topic

First I would like to point out when claims are made in any news we need to make sure we are clear what is opinion and what is fact. A source of data is needed when talking about the US and our energy problem. Its ok to have opinions about facts, be we need to be careful we are not judging things of this nature without looking at the data.

My first claim would be renewable energy brings the money and jobs back to the US opposed to outsourcing foreign oil dependence. Even without citing data, It would be hard to disagree with the idea that These wind turbines need to be maintained here in the US creating many jobs.

So before we say “LET’S STOP THAT HUGE FEDERAL WIND POWER SUBSIDY NOW” as the title would say, think about how we could benefit from such type subsidies.

Lastly I know It is not allowed to post links in comments, so instead I have linked my comment with my name. You can find more information from me about this. I would love to hear what you have to say.

Jack, I read the 2 links you have posted, and it's just wonderful that green energy is creating jobs in the US, but at what cost? Needing taxpayer subsidisation in order to survive, then go bankrupt serves no one. First, it steals money from the profitible manufacturing sector to enrich a few who dabble in a totally unprofitable negative cashflow business only to close up shop to leave more unemployed workers and wasted natural resources.

Bad deal all around, I say.

First Solar,the largest US solar co plans to layoff 2000.Its because there is not a market for them at the high cost.Windmills are no different.Natural gas is the solution.

We have to think of the amount of subsidy for energy. Between 2002 and 2009 the US government subsidized $72.5 billion dollars with tax breaks and government spending to huge private oil companies. The clean energy subsidization is dwarfed by that amount.

What do you mean when you say "Needing taxpayer subsidisation in order to survive, then go bankrupt serves no one"? Is it to say that its better to make the most wealthy oil companies (Mind you ExxonMobil is the largest company in the world with $486 billion in revenue in 2011) even more wealthy, rather then smaller clean energy companies creating jobs here in US?

I can't conceive any justification for this. 7 out of the 8 biggest companies in the world are in the oil and gas industry. Do they really need even more of your's or my tax money? I don't think so at least.

I think we really need to look at facts when talking about these things.

Thanks for the feedback.

Saying that oil companies are being "subsidised" with tax breaks is just a lie. The oil companies enjoy the same tax deductions for investment as any industry does.
The wind industry though gets direct payments from the government that come from taxes on other sources of energy such as oil, gas, coal ect.
Wind is not viable. And when the subsidies stop the companies go bankrupt and the solar investors leave with big golden parachutes and the employees get layed off.
Spending tax dollars to nbuild and maintain these "Wind Farms" is about the same as paying people to dig ditches and then fill them in. Sure that creates jobs but creates no benefit.

How much doe the American Wind Energy Association pay you to spread its BS?

Oil and gas subsidization is a vary vary true thing. So if your telling me it is a lie, you are going to have to prove it to me. Show me a bit of information supporting your claim.