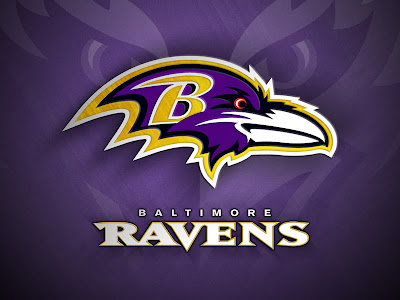 If they hadn't been so distracted over the schoolteachers pensions - he would have probably hit the field goal.

Owe well - there is always next season.

Great news! Looks like O'Malley owes Massachusetts Governor Deval Patrick a bushel of #1 MD crabs. I betcha he'll try to sneak in a lotta small crabs in the bunch to cut costs though.
I guess he'll want to celebrate another Purple and Black Friday at the end of this week. Purple to celebrate the bruises the Patriots gave the Ravens, and black to celebrate the death of their football season. The party is over! LOL!

I wouldn't say "pitiful"..there were some great plays made by both teams(& some bad). Just the way the ball bounces.

FOUR YEARS in a row and SAME ole SONG & DANCE ...sick of it and now four years in a row we can go to the big dance and fail on the way. TIME for a change BALTIMORE...

When games are that close, any stupid little thing can kill you. I am not a Ravens fan, but I sure wanted them to win. There will be a lot of upset people at work tommorow.

I declare it Purple Monday...for all of us Steeler fans...woohoo!

Ravens need to take some lessons off of the Giants...see what a reall kicker can do for you!

Only way Baltimore gets to Indianapolis is with moving trucks!

January 22, 2012 7:54 PM
hey mack,
"four years in a row", you said, that's right...4yrs of playoffs and AFC Championship games, when most team are sitting home. There are 32 teams in the NFL and yesterday we were one of the only 4 (4 out of 32) teams left. Your saying it's time for a change? That's idiotic, sometimes kickers miss or guys drop passes, happens. In a few years Steve Bisciotti and Ozzie Newsome have built one of the most winning NFL franchises of the last decade, in Baltimore. You said Change? your insane... go be a redskin fan, they have it all figured out hahaha

Steven Tyler jinxed it for the Ravens. What a terrible rendition of the National Anthem. And when he made that awful sound at the end (I don't even know how to describe it), that was incredibly out of line.

Steven Tyler sounded like a cat in heat. LOL

I agree with 9:08 & 9:23.
Steven Tyler scared the hell out of my 2 young children and made my 2 dogs howl for several minutes!
And this guy has the audacity to judge other singers on American Idol!? What a hypocrite!

I guess they really did need God on their sidelines, aye Suggs?!?!?

I would have rooted for the Ravens if Ray Lewis was not on the team. I can't wait for the day that obnoxious LOUDmouth retires.

11:02 I have literally laughed myself silly over your comment. Finally, someone with an actual sense of humor.

Well at least he knew the words to our national anthem. Now Christina Aguliera on the other hand......

This season was second only to the Super Bowl season. For me the year was a sucess after whipping Pittsburgh's @ss twice. The Ravens are one of the most sucessful teams in the league and have nothing to be ashamed about, and Joe Flacco out performed sissy boy Brady. Ray maybe a loud mouth but he's also one of the greatest linebackers to ever play the game, and is an absolute lock for the HOF - and after 16 seasons is still kicking @ss. Nothing but love for them.

3:25 pm, I beg to differ. He messed up the words at least once that I noticed, some say twice. He is a disgrace. Good season Ravens...we will go all the way next year!!