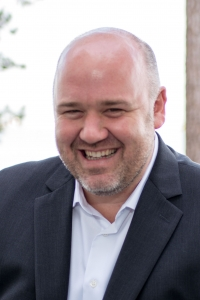 Why is Jake's campaign manager Dan O'Hare doing a fundraiser on Facebook for next year's Folk Festival already? BTW, he's the husband of Caroline O'Hare who was director of the folk festival this past year. Coincidence? 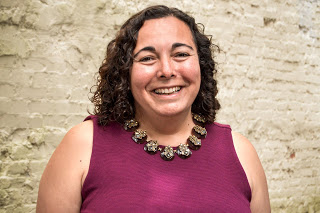 They all need to be replaced immediately

Got to be some law against this!

They are raising funds to cover the losses of the past 2 years.

This is in response to a FB post from Len Foxwell about the letter Culver sent to Mike Miller about alcohol licensing.

Publicly posted on his page and Mike Dunn's.

Mike Dunn...what a smarmy blast from the past.

Contact FB and report this illegal scam! Have it removed and them banned.

How is this possible? I thought Caroline O’Hare was a lesbian?

OMG! I just looked at Foxwell’s FB post and literally suffered through reading the comments. What a circle jerk! I’m not a culver fan, but was shocked at the venom being spewed. Also Anderton, Wellfonder, and Boda commented. They were with Fox well and against culver.

Btw foxwell is a proud su alum. I suppose the kindness lady must be his mum?

All I can say is salisbury you are scraping the bottom of the barrel. Anytime you have people like this representing your city you're in trouble. Day and the O'Hare duo will bring more chaos into your city with transgender and LGBT festivals once this folk festival is done. This is the same idiot that boasted about his frivolous drunken trek across Europe never holding any kind of significant job until joining mommies real estate group in ocean City. He moved here from new York bringing all the liberal garbage with him and he still has political aspirations since losing out on his 37b delagate bid. Watch come next county election and see if he doesn't run against Culver for county executive. Day is doing all he can to control county/city tax revenues to further his socialist liberal agendas

There has always been nepotism in our local politics. From developers and contractors to the brothers and cousins in our police, sheriff's and fire dept. The problem people have with this administration is it's not THEIR good ole boys it's a new wave of similar upstarts shanghaiing the coffers and thumbing their nose at the old guard that where similarly entitled. Nothing changes around here. You can run and preach " transparency" but that only appeals to outsiders and retirees that don't know our ways or want to support our infrastructure. They made out and raised their families elsewhere.

Too bad, it what Jake (the mayor) gets to do.

You'd better wake up Salisbury these idiots made a plan to band together and get someone from their click in every level of your local and state government to force their socialist garbage down your throat. Does anyone remember all the garbage O'Hare used as a running platform for his house of delegate bid? His stance on all this festival, murals, free giveaways, illegal immigration are in line with Day and the national Trainwreck called the socialist liberal democratic party

Care to elaborate? Just curious how posting something that clearly states it is a fundraiser for next year’s folk festival is money laundering.

Just curious what law you think it would be?

Scraping the bottom of the barrel but the gay community has the highest incomes, wear the best clothes and almost always on their own house. LOL

Nothing but a bunch of drunken idiots!! Enjoy your annual drag queen festival after your folk festival obligation

Culver is accused of "economic sabotage" of the folked festival. Economic sabotage is what has been perpetrated against the Salisbury taxpayer. wBOc already jumping to the liberals defense but if for profit venders were given non-profit liquor licenses this is a huge story.

How about State Ethics Law for starters.

Please take the time to understand the content. Salisbury is scraping the bottom with idiots like Day, o'hare, Dunn etc representing the city

Yeah and the crime stats # are real ? And the city Doesn't give property away at pennies on the $$$$ to GILLIS and the slumlord can ons.

Again, can someone please name all the great things Jake Day has done for Salisbury? And feel free to add to this "Failed" list.

From Jake Day's FB page. Looks like he is fanning the flames of hatred towards the County Executive and Wicomico County.

Jacob Day said... It was an honor to join you two! Always fun. Call on me anytime!

Len Foxwell said... Always a pleasure to join The Detail and to catch up with my friend, Jacob Day. Stay on this story, Ryan Miner - much left to answer.
-------

Ryan Miner
19 hrs ·
Tonight will be one of the most important shows in the history of the podcast.

Join Jacob Day and Len Foxwell to discuss the National Folk Festival, the infamous Bob Culver letter and what’s going on in Salisbury.

Listen in, live at 9 tonight.

Len Foxwell said... Ryan Miner: Thank you so much for shedding additional light on what happened in those days leading up to the Folk Festival. Tonight is going to be one of those shows that gets rehashed for years to come.
Liked by: Jacob Day, Clayton Mitchell, Sr

Anyone else find it interesting that Jakes dad is on the board of directors of the non profit that is facilitating the folk festival, among other festivals here in smallsbury?

Lets ask the Day's why the non profit has not filed its 990 tax return for 2018 as required.

Have NO respect for Jake Day but especially none whatsoever for this sell out O'HARE. He came into Salisbury with ill intent and truthfully I found his local film debut tasteless. He and his wife are looking to make a career of the city/county taxpayers back spewing their socialist lies

Why don’t they just plan a festival that pays for itself?

Foxwell said he didn't even attend the Fold Festival. Why was he invited to discuss it? Oh yeah it fits the liberal agenda.

Anonymous said...
Foxwell said he didn't even attend the Fold Festival. Why was he invited to discuss it? Oh yeah it fits the liberal agenda.

Exactly! Someone needs to beat his Liberal a$$. I can't wait to find Jake Day alone and away from the city.

Anonymous said...
OMG! I just looked at Foxwell’s FB post and literally suffered through reading the comments. What a circle jerk! I’m not a culver fan, but was shocked at the venom being spewed. Also Anderton, Wellfonder, and Boda commented. They were with Fox well and against culver.

Btw foxwell is a proud su alum. I suppose the kindness lady must be his mum?

@2:23 I miss watching Stevenson make an ass out of himself during the city council meetings. "Uuummm can I get back to you on that". Stevenson literally had to write down all questions directed to his inexperienced attempt at being Jake Day's whipping boy and answer them a week later after he asked any/all qualified persons

All I can say is I pray Wayne King pulls off a win in the upcoming election. It's time to take back the city of Salisbury and the blatant lies and deception. No more white collar hand-outs to Jake Day's cronies


The two pictured deserve each other. Citizens have no use for them.

Dan O'Hare your nothing but a big Pu***!! Anyone that comes into a community and tries to find anything racially motivating and does a ridiculous self absorbed look at me documentary provoking division needs a foot on their ass. You took one two many puffs off of Hawkins' peace pipe while he was brainwashing you

Duh,any conflicts of interests must be determined in court.Do I have to tell you people everything?

@6:41 I have to agree with you on that one! How dumb does it make you seem when the first thing you do when you come into town is cause an uprising over a plaque that no one even pays attention to. Your only reason was to bring attention y yourself and attempt to make a name for yourself in your socialist liberal circles. Dan O'Hare you are looking all kinds is stupid crying out social injustice over something you know absolutely nothing about only what your racist buddy Gaines Hawkins was feeding you. Another vulnerable white liberal that will be devoured when things hit the fan

The big question is where will Jake Day make a position for these two within salisbury'scity government? O'Hare should be unemployed after 2020 festival and her husband is like the rest of this group downtown. Living off mommy and daddy's position in the community until they can slide into a government level position somewhere

Caroline made $67k for last year's fest, this year she got $79k. Doesn't she have a city job too that pays her?

Foxwell will be Jake's campaign manager when he runs for Lt. Governor. Jake will be gone in 2 years with his idiotic master plan.

Wake up people! Caroline O'Hare was a secretary at a local daycare or school? Dan O'Hare sells seasonal real estate for a group his mommy established at an ocean City real estate company. Neither of them have job security or health insurance security. What the heck do you think their real intentions are in all of this garbage they out out? Their looking for a cushy job making average money with benefits enabling them to push their liberal socialist garbage here in salisbury. Like most they've brought all their liberal socialist garbage here from new York after not being able to afford to stay in the area that implemented all the liberal policies