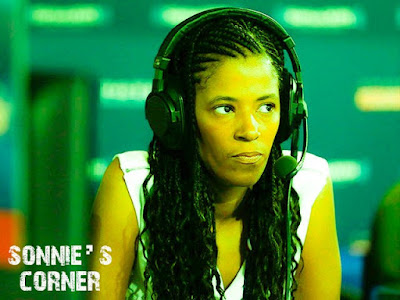 SiriusXM host Sonnie Johnson got into a heated debate with a caller on this week’s episode of Sonnie’s Corner over her need to call out the 60-year failure of Republicans and conservatives to win over the black community.

As Sonnie explained to the caller, it is not enough for conservatives to simply point to the disastrous track record of the Democrats’ progressive policies in the black community. Conservatives need to win over black people by addressing their concerns in a way that resonates with them so that “they feel welcome” and “feel like they actually have a place” in the conservative movement.

Take responsibility for your own actions. Life lesson 101

Yeah.
The OBVIOUS is never obvious to them.
Even though, for SIXTY YEARS, black people have been promised the world by democrats, but after 60 years and several trillions of dollars, they still populate ghettos and prisons. Their children, despite billions in student loans, aren't any smarter.
Its seems they don't want jobs, education, or the betterment of future generations.
They want more free stuff. Right now. Whomever proises them that gets the vote. Then, their leaders spend the next few years ripping them off and enriching themselves. As election time approaches again, more promises of more free stuff. And they believe EVERY TIME! LOL!
NOTHING ever comes of those promises, but black people keep voting for them.
MILLIONS of black people have lived in the same ghetto apartment for 2-3 generations. Can't walk the street because their own people will rob and kill them. And they think the Democrats are HELPING THEM???
Republicans and conservatives aren't throwing a party for your self esteem, to make you feel good about yourself, or to "recognize your greatness". THAT is the job of your mother (and father, if he's around much).
But we WILL help you get a job, stay out of prison, get a degree, raise a family, and tell your kids YOU bring home the bacon, baby, and you don't have to wait until the 3rd of the month for someone ELSE to feed your family.
There is POWER in that. But it ain't free. No one is GIVING it to you.
Get off your knees and off the plantation.
In others words, wake up.
You are being played big time.

More freebees?? is that what they want to feel comfortable

Actually I think she is right but I certainly don't the answer.I think President Trump is helping the black community a lot.Time will tell.

The Democratic party is the slavemaster of the 20th & early 21st century.
WAKE UP YOU ARE BETTER THAN THIS!

Her own statement should be enough.

So she thinks a limited government, fiscal responsibility and individual liberty are things that should be handed out to black people, not ideologies that black people should adopt as their own values?

She's too stupid to even talk to.

10:01
What is wrong with:
Limited government
Fiscal responsibility
And individual liberty?

What am I missing here?

Think for yourself man.

Well said! Why cant these people see the trap they have been caught in.

I think a way to reach a lot of the voters in the black community is to make them aware that the majority of slave owners were Democrats!!! Hopefully, this would make them want to ditch the Dems and vote Republican!