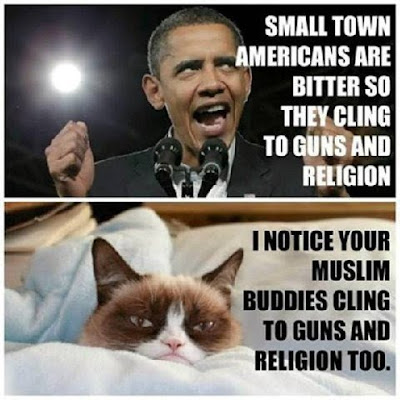 Sad but true. To both statements.

8:54.... I know a lot of small town Americans with guns. They grew up with them, as did THEIR parents. They were never bitter and are not bitter today. A little pissed off, maybe, but not bitter.
From this statement, to hillary saying millions of Americans are "irredeemable" and "deplorable", to Obama saying returning veterans are the greatest terrorism threat to our nation, this entire administration seems to think many American citizens are beneath them.
I can't imagine any other U.S. President saying those things.
Or allowing any of his subordinates to say them, either.
Keep cheering.