Are You Proud To Be An American? 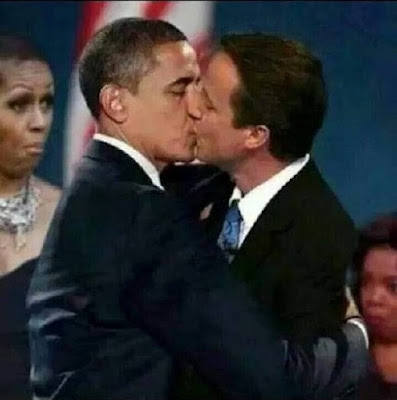 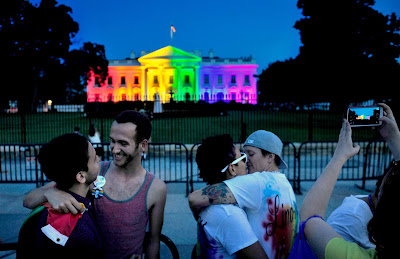 It's okay if there's no tongue?

Only in America is this "diversity" tolerated.... Good or bad, it is what it is. BUT do not worry, when Ob' declares himself a dictator all will be straightened out.

I don't care what sexual orientation you are. I don't even care if you are a man that wants to be a woman, or vies versa. What I do care about is the fact that one has to compromise their beliefs in order for the other to be taken seriously. You can not just be opposed to gay marriage because if you are then you are closed minded. You can not be for gay marriage because you are going against the bible. You can not refuse to bake a cake for a lesbian couple but someone of a different religion (Islam or etc.) can refuse to compromise their beliefs solely based on religion, for example not removing headwear because their religion restricts them from doing so. Why doe sit seem that Christians get the bad rap for believing in their beliefs? We no longer say the pledge prior to school and some even question the national anthem at sporting events. Pretty soon America will be a giant free for all and there is nothing we can do about it. My rambling point is, if you are entitled to your religion, your sexuality, your beliefs then everyone else is entitled to theirs. It is not a one way street. You do not get the choice. If one religion, belief, sexuality is acceptable then they all must be. It is a very slippery slope.

I bet you are!! He is not gay this is offensive. Being gay is not a joke.

As a white man I am affraid of black mobs now. I didn't feel this way before having a black president. Is this crazy?

It's that the point of the current adminstration? Chaos

4:12 But being Obama is a joke. And for the record there is no birth certificates available for the children and no marriage license on record for Michelle.

the hidden danger of the rainbow research It ... understand it . Yes we are under attack

What happened to Obama not to long ago adamantly telling us that he was against same sex marriage?

Being gay is a joke! !! When they meet their maker they will find out along with the people who tolerate the sin.

No.
No longer.
No freedom of speech.
No freedom of religion.
Back to having a King.
Back to being ruled by unelected men and women, SCOTUS.
Nothing is good about America anymore.
Recent survey. Only three conservatives in the Senate. A whole lot of lying GOP who are actually Democrats.

If you think your vote counts I have to wonder how you got someone in Spain who counts them to talk.

For now America is the most wicked country on earth.